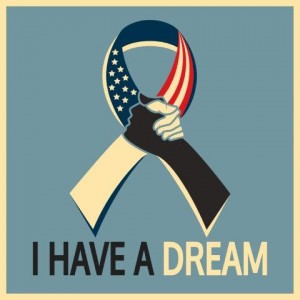 I have a dream that one day this nation will rise up and live out the true meaning of its creed: “We hold these truths to be self-evident, that all men are created equal…I have a dream that my four little children will one day live in a nation where they will not be judged by the color of their skin but by the content of their character.”

The American workplace has become increasingly diverse, and most employers understand that it’s illegal to discriminate based on protected class. However, discrimination is not always overt and workplace policies seemingly crafted for well-intended business reasons may result in unintended race discrimination.

So, as we remember Dr. King, it’s worth highlighting two new types of laws that are specifically aimed at combating disparate impact discrimination against black workers or other minority groups.

Many employers have a legitimate business interest in developing and implementing personal appearance policies regarding hairstyle and grooming. These policies may require employees to look clean, neat and professional for health and safety reasons or to project a certain public image.

However, employers must tread carefully if such policies prohibit certain hairstyles or require employees to wear a particular hairstyle. While seemingly neutral, such policies may have a disparate impact on black workers and amount to race discrimination.

A number of states and localities have enacted hairstyle discrimination laws in recent months, including:

These laws expand the definition of race to include discrimination based on traits historically associated with race, including hair texture and protective hairstyles, such as braids, dreadlocks and twists. They also generally implement the following measures:

As a result, employers may not restrict natural hair or hairstyles associated with black communities or request that employees or applicants change or hide their hairstyle to promote a certain corporate image, either because of customer preference or based on abstract health or safety concerns.

Diversity and inclusion; Employment decent work for all and social protection; North America