Joe Biden: “Your work will bring hope to millions of people” 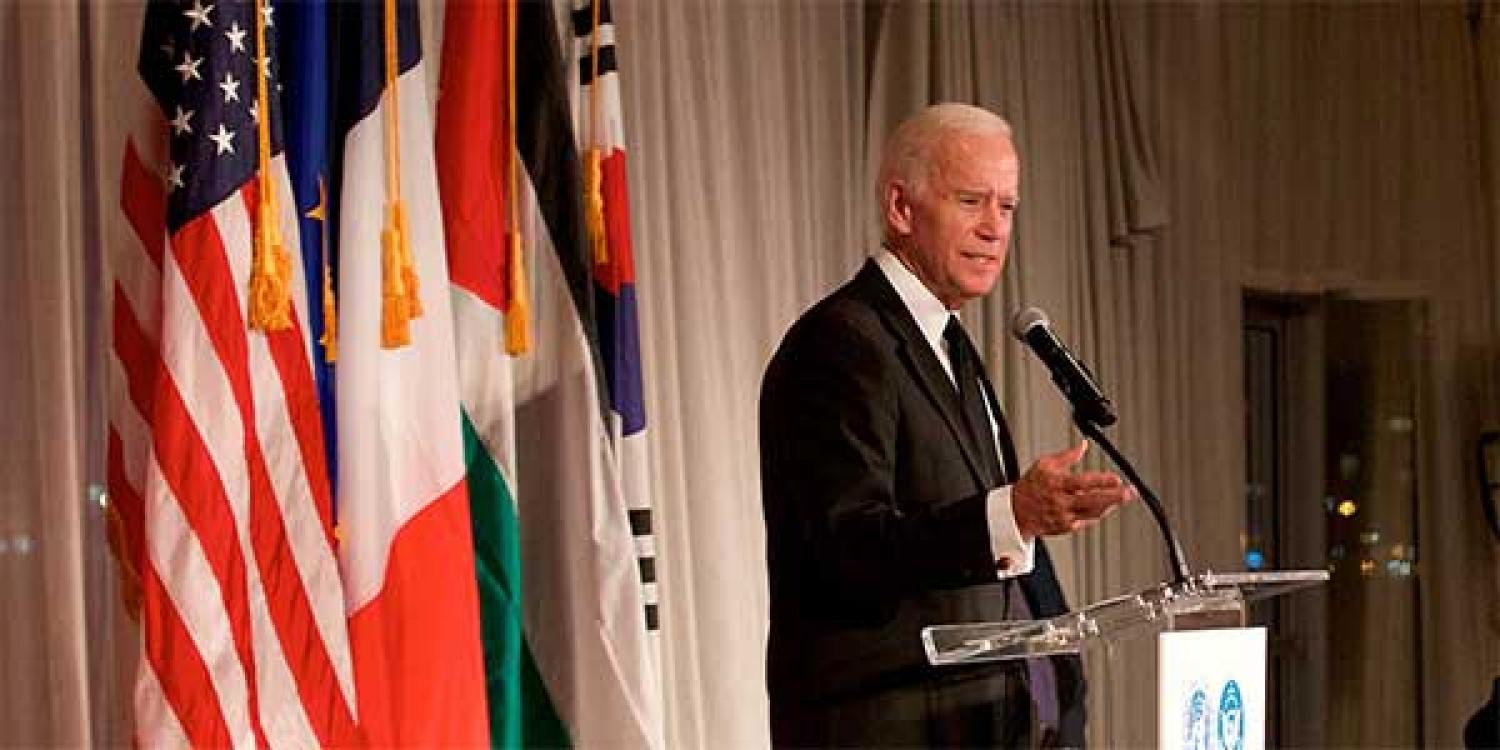 The former vice president was addressing a national gathering at the UN November 3 that brought together cancer experts, policymakers, diplomats, UN supporters, and leaders of academia and business. He was there with Elsevier Chairman Youngsuk “YS” Chi to accept Humanitarian of the Year awards from the United Nations Association of New York(UNA-NY). Biden was recognized for his efforts in leading the Cancer Moonshot initiative, which has resulted in new programs and multidisciplinary collaborations to improve cancer research and care, while Chi was recognized for Elsevier’s support for the initiative.

The annual UNA-NY award ceremony honors individuals and corporations for their global leadership in advancing UN causes.” In introducing the evening’s honorees, UNA-NY President Abid Qureshi spoke of “the disease that Vice President Joe Biden and Elsevier have done so much to impact.”

"Mr. Biden’s Cancer Moonshot initiative had as one of its objectives to improve cancer care for underserved groups, including minorities, women and children. And Elsevier contributed to this initiative in numerous ways, including by providing free access to data and other resources to support cancer research. Elsevier’s support of the Moonshot initiative illustrated precisely the type of public-private sector partnership that we at UNA-New York like to encourage as absolutely vital to assist the United Nations in achieving its public health-related sustainable development goals."

In accepting his award, Biden spoke humbly and intimately about a topic he has focused on ever since brain cancer took the life of his son Beau Biden at age 46.

He praised the experts on the Lancet Oncology Commission for the report they just released, which presents a detailed roadmap to deliver on the Cancer Moonshot’s Blue Ribbon Panel recommendations. And he recognized Elsevier for analyzing a vast quantity of information to hone in on the most impactful research to pursue.

HIV-associated Burkitt lymphoma: Outcomes from a US-UK collaborative analysis
The case for an HIV cure and how to get there
Polypharmacy-associated risk of hospitalisation among people ageing with and without HIV: an observational study
Global, regional, and national sex-specific burden and control of the HIV epidemic, 1990–2019, for 204 countries and territories: the Global Burden of Diseases Study 2019
Clinical features of, and risk factors for, severe or fatal COVID-19 among people living with HIV admitted to hospital: analysis of data from the WHO Global Clinical Platform of COVID-19