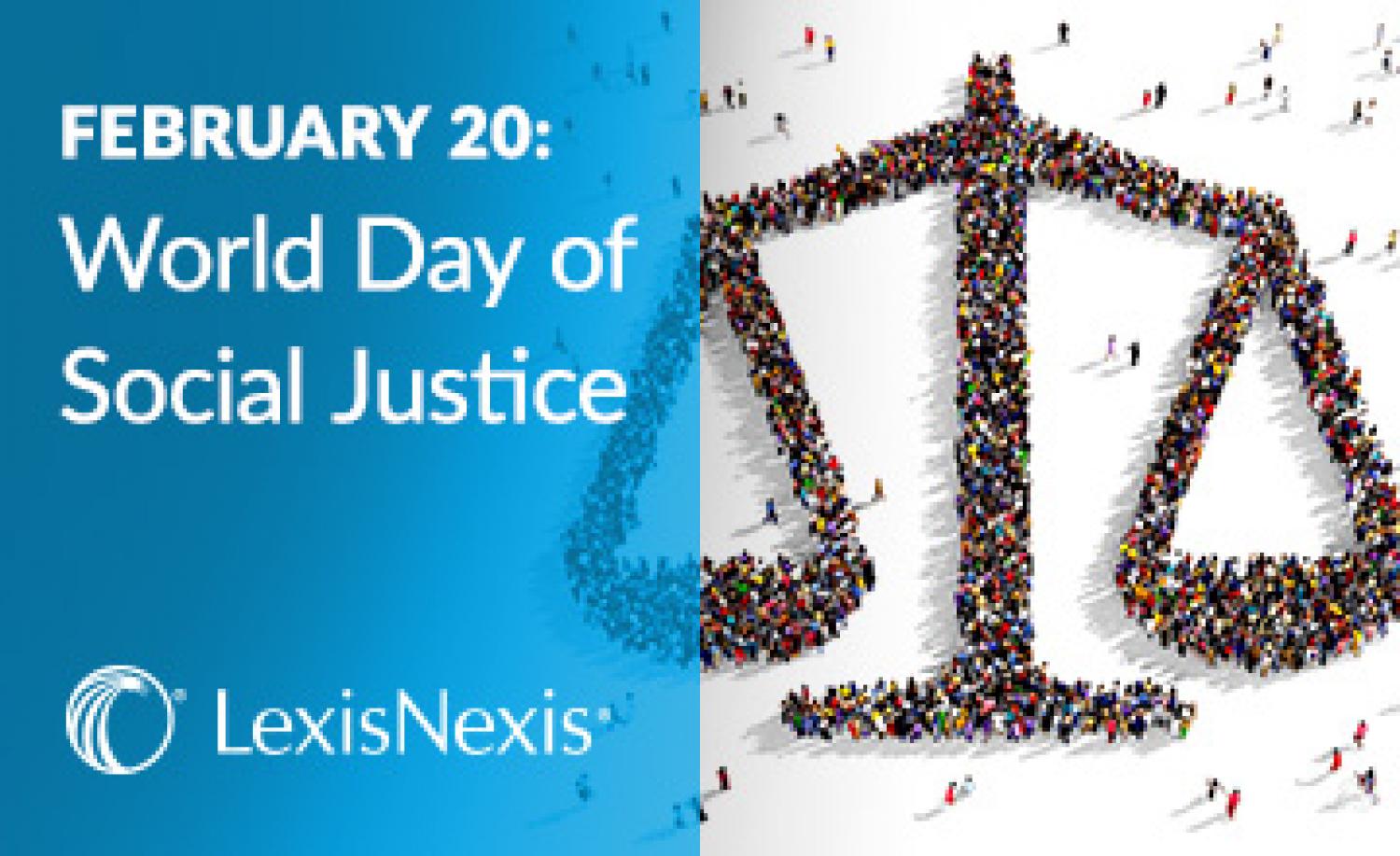 The relationship between social injustice—and those who turn a blind eye to it—has been recognised by great minds across the ages. "Your silence is consent," said Plato 24 centuries ago. "He who does not oppose evil, commands it to be done," said Leonardo Da Vinci 19 centuries later.

In comparatively modern times, those who have made similar statements include Albert Einstein: "The world is a dangerous place, not because of those who do evil, but because of those who look on and do nothing." And Desmond Tutu: "If you are neutral in situations of injustice, you have chosen the side of the oppressor."

Obviously, the fight for social justice never ends. But it has changed. It is now a global issue, inseparable from international trade, the global economy, and the displacement and movement of vast numbers of people all over the world. Nothing reflects this more than the United Nations World Day of Social Justice, which has been observed on February 20 each year since 2009. This year’s theme is Workers on the Move: The Quest for Social Justice.

"Social justice is an underlying principle for peaceful and prosperous coexistence within and among nations," says the UN. "We uphold the principles of social justice when we promote gender equality or the rights of indigenous peoples and migrants. We advance social justice when we remove barriers that people face because of gender, age, race, ethnicity, religion, culture or disability."

Explaining this year’s theme, the UN says: "Most migration today is linked directly or indirectly to the search for decent work opportunities." Calculations put the number of international migrants at 258 million international migrants, and the International Labour Organisation (ILO) estimates close to 150 million migrant workers. The ILO notes, "In today’s globalised economy, workers are increasingly looking for job opportunities beyond their home country, in search of decent work and better livelihoods." While appropriately regulated employment agencies are instrumental in matching available jobs with suitably qualified workers, the ILO says that low-skilled migrant workers, in particular, are vulnerable to unethical business practices.

The UN says reported abuses involve one or more of the following: deception about the nature and conditions of work; retention of passports; illegal wage deductions; debt bondage linked to repayment of recruitment fees; and threats if workers want to leave their employers, coupled with fears of subsequent expulsion from a country. Such abusive practices are tantamount to modern slavery—and corporate social responsibility (CSR) plays an important role in eradicating human trafficking and forced labour. Drawing on its research from 2016, the UN estimates that 25 million people around the world (migrants and others) are in forced labour, and a quarter of these victims of modern slavery are children.

While indicating the scale of social injustice, and the urgency needed in combating it, such figures also emphasise the reputational, regulatory, financial, and strategic risks that companies face if they fail to be vigilant in ensuring their supply chains are free from modern slavery and other exploitative practices. In today’s world of global media, and especially the potentially viral sphere of social media, every company and organisation needs to be mindful that avoiding association with unscrupulous and criminal operators who use such practices is always preferable to damage control after its eventuation.

On February 20, companies might also like to reflect on how their avoidance of contributing to social injustice—and even better, how taking proactive measures to contribute to its elimination—fall under the broader umbrella of corporate social responsibility. Largely self-regulated, and perhaps more expressly defined by its alternative descriptions as ethical business, responsible business, corporate citizenship and corporate conscience, it encompasses everything from ethics training for staff and the promotion of ethical consumerism, to socially responsible investing and the reduction of environmental impacts. You don’t need to be a number-cruncher to recognise the value of brand integrity and differentiation; human resources factors such as recruitment, morale and retention; and the economies of comprehensive CSR and social justice-related risk management.

Next steps to take

1 Learn more about current and upcoming modern slavery laws around the world.

2 Share this blog with your colleagues on LinkedIn to spread awareness of UN World Day of Social Justice.