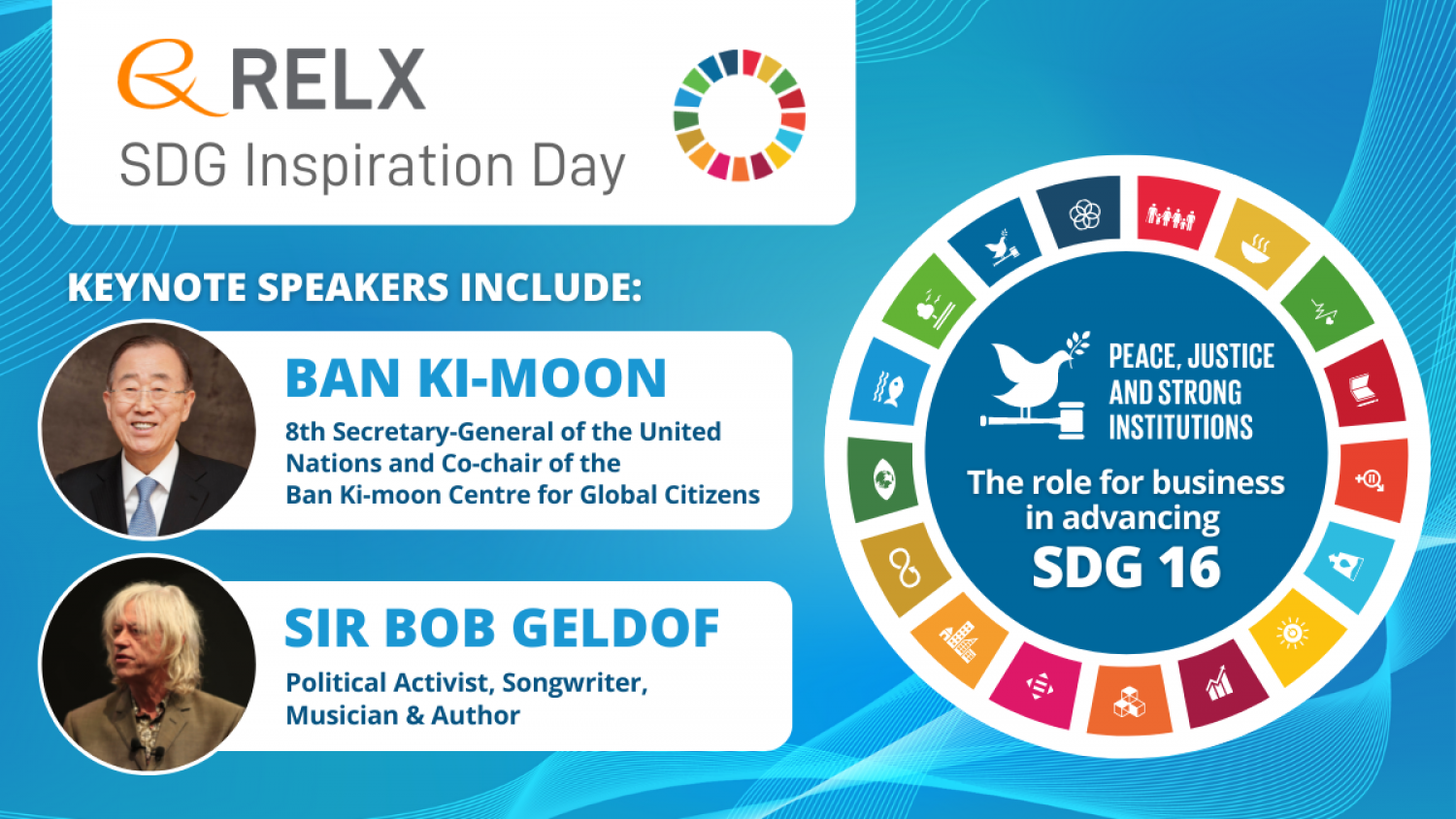 The United Nations’ New York Summit held in 2015 led to the adoption of 17 Sustainable Development Goals, or SDGs, with the promise to make the world a fairer, better, and safer place by 2030.

The RELX SDG Inspiration Day was the eighth in a series of engaging, interactive and stimulating events, with SDG 16 being the primary focus of the annual conclave. The event, held on May 9, 2022, brought together thought leaders, corporate representatives, investors, government, and NGOs to explore issues with practical engagement and ideas.

SDG 16 focuses on promoting peaceful and inclusive societies for sustainable development, providing access to justice for all and building effective, accountable, and inclusive institutions at all levels. It has the following targets:

Former Director-General UNESCO Irina Bokova, during her keynote speech, said that the COVID-19 pandemic, the war in Ukraine, and impact of food production due to climate change have impacted the 2030 SDGs – particularly SDG 16. “SDG 16 is about peace. It's about multilateralism, it's about strong institutions, both nationally and internationally, it is about justice”, she said.

Following the opening ceremony and the keynotes were a series of panel discussions. Experts on peace and security gave their views on how defence and SDG 16 share a symbiotic relationship and what are the current challenges to it.

The second discussion that addressed the challenges of operating out of a conflict zone, saw the speakers agreeing that there was always more a government or a business could do to support an NGO – not just through financial means, but also via corporate volunteering, charity, and opportunities to join panels such as the current one, as these relationships support NGOs in the long-term.

The final panel discussion that spoke of the role women played in helping achieve the SDGs addressed the need to bridge the ever-widening gender gap society still witnesses today. The speakers said that gender equality was not just a woman’s issue; it is a societal issue, which means that everyone should be engaged in equal measure. “Men and women working together in the spirit of partnership, to make a difference in terms of gender equality, and the outcomes of institutional processes”, they concluded.

Environmental management—International Standard ISO 14001:2015
EUROSPINE and EANS statement about Putin's Ukraine war
Older people: forgotten victims amid the Ukrainian humanitarian disaster
Psychosocial impact of the War in Ukraine on pediatric cancer patients and their families receiving oncological care outside their country at the onset of hostilities
War surgery and transfusion in makeshift hospitals in beleaguered cities