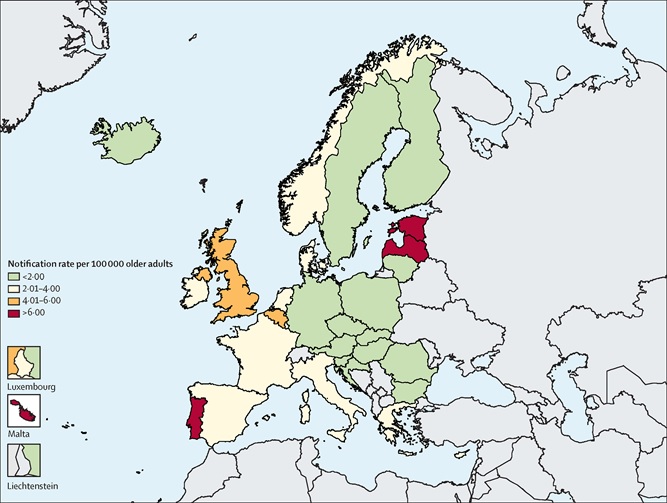 In this analysis of surveillance data, we compared data from older people (aged ≥50 years) with those from younger people (aged 15–49 years). We extracted new HIV diagnoses reported to the European Surveillance System between Jan 1, 2004, and Dec 31, 2015, and stratified them by age, sex, migration status, transmission route, and CD4 cell count. We defined late diagnosis as CD4 count of less than 350 cells per μL at diagnosis and diagnosis with advanced HIV disease as less than 200 cells per μL. We compared the two age groups with the χ2 test for difference, and used linear regression analysis to assess temporal trends.

Our findings suggest that there is a compelling need to deliver more targeted testing interventions for older adults and the general adult population, such as by increasing awareness among health-care workers and expanding opportunities for provider-initiated and indicator-condition-guided testing programmes.

How safe are vaccines against COVID-19? Insights from John McConnell, Editor, The Lancet Infectious Diseases
Free webinar series on COVID-19 control
Global commitments to disability inclusion in health professions
The reality of disability: Multidimensional poverty of people with disability and their families in Latin America
Extra costs of living with a disability: A review and agenda for research