The Physical Oceanography of the Arctic Mediterranean Sea - Chapter 9: Variability and change

This book chapter advances SDG 14 by explaining the significant change in the exploration, study, and understanding of the oceanography of the Arctic Mediterranean. The first SCISEX cruise with USS Pargo 1993 indicated that the salinity and temperature in the upper layer of the Eurasian Basin were higher than previously reported, while the upper layer salih upward-looking sonars, and when the newly observed thicknesses were compared with those measured 30 years earlier, they indicated that the mean ice thickness had been reduced by about 40%. Suddenly change rather than constancy became the focus, and observations spread over time, which previously had been used to describe the mean circulation and the mean state, now acquired a time dimension.
Read more

Climate, health care, and the race to zero: An urgent call to action

To prevent the most catastrophic health effects of climate change, urgent reductions in greenhouse gas (GHG) emissions are needed from all sectors to meet the goals of the Paris Agreement, along with those of the Race to Zero: to halve emissions by 2030 and achieve net zero emissions by 2050. The health care sector is not exempt from this charge.
Read more

Wildfires: A conflagration of climate-related impacts to health and health systems. Recommendations from 4 continents on how to manage climate-related planetary disasters

Health Professionals as Advocates for Climate Solutions: A Case Study from Wisconsin 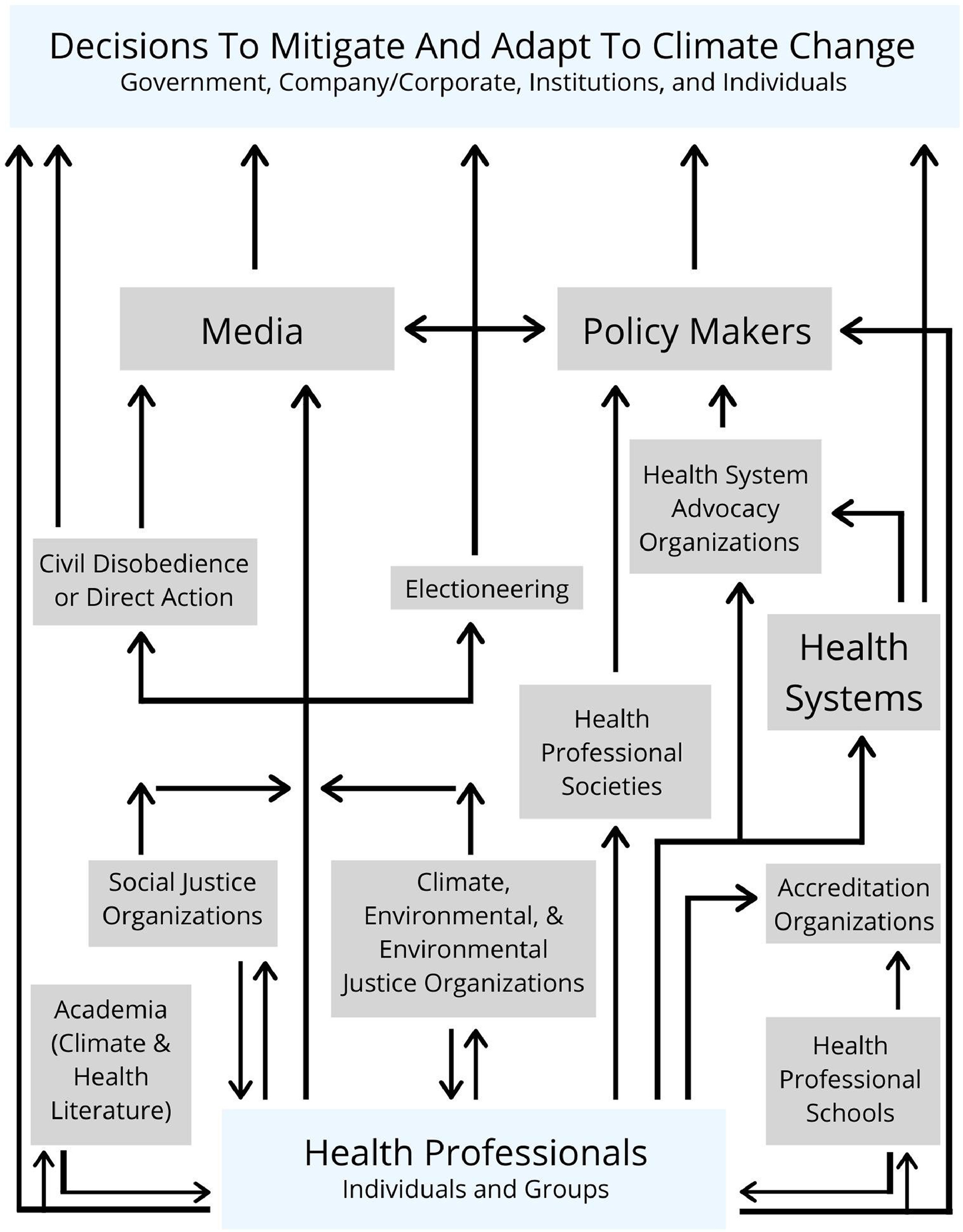 Health professionals are in a unique position to accelerate creation of policies to mitigate and adapt to the public health emergency that is the climate crisis.
Read more

How pharmaceutical industries can address the growing problem of climate change

Given their carbon emissions, pharmaceutical companies must intensify their efforts and play an active role in addressing climate change.
Read more

Impact of scientific conferences on climate change and how to make them eco-friendly and inclusive: A scoping review