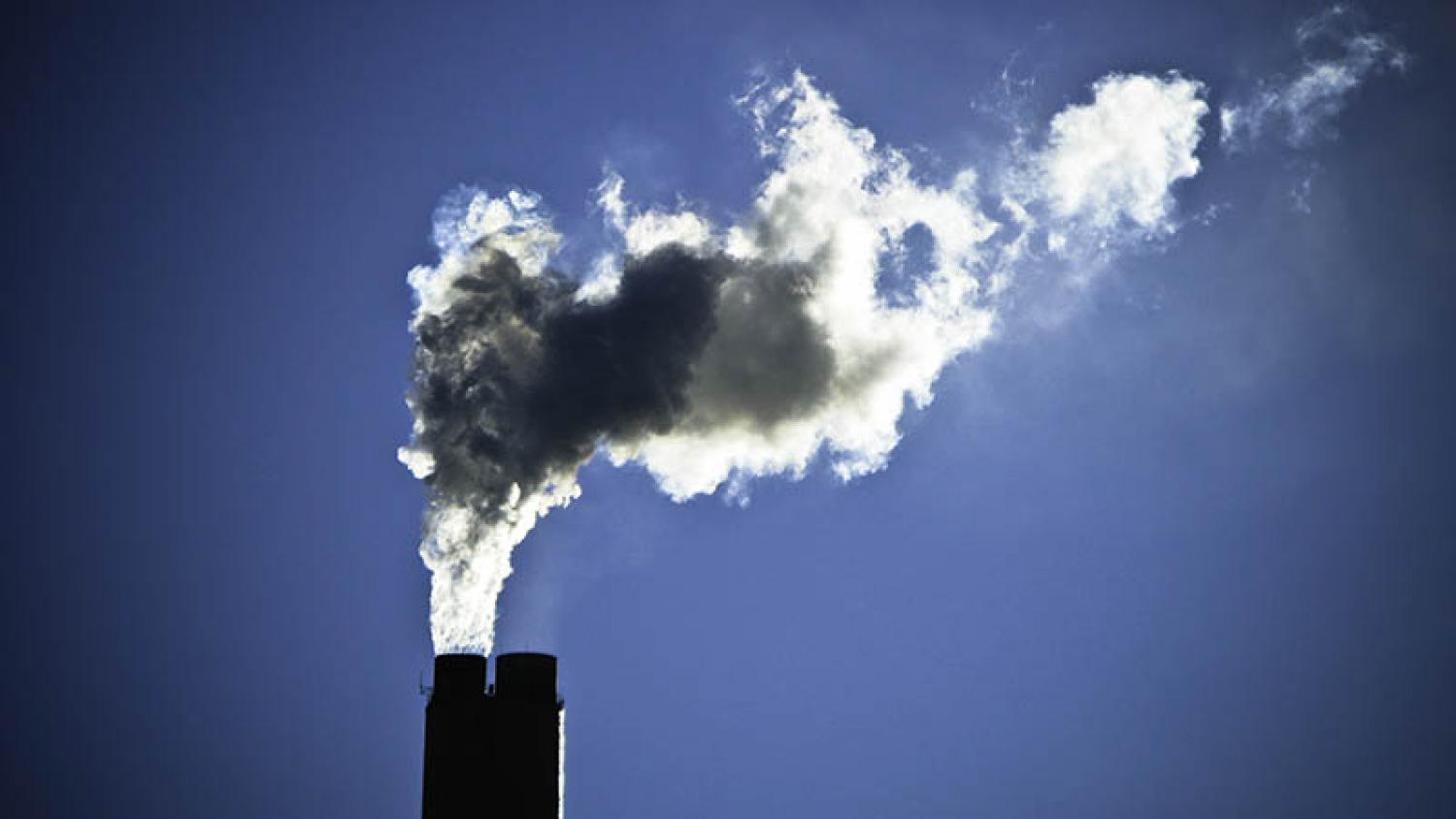 Produced in partnership with Angus Evers of Shoosmiths

11 pm (GMT) on 31 December 2020 marked the end of the Brexit transition/implementation period entered into following the UK’s withdrawal from the EU. At this point in time (referred to in UK law as ‘IP completion day’), key transitional arrangements came to an end and significant changes began to take effect across the UK’s legal regime.

The Climate Change Agreements (Amendment of Agreements) (EU Exit) Regulations 2018, SI 2018/1205 (the CCA EU Exit Regulations) came into force on IP completion date. Regulation 2 of the CCA EU Exit Regulations make amendments to both umbrella agreements and underlying agreements under the Climate Change Agreement (CCA) scheme. The amendments update references to the European Commission’s guidelines setting out the definition of an undertaking in difficulty to the latest version of those guidelines. They also, in light of Brexit, correct deficiencies in cross-references to Directive 2003/87/EC of the European Parliament and of the Council of 13 October 2003 establishing a system for greenhouse gas emission allowance trading within the Union and amending Council Directive 96/61/EC.

For more information on the commencement of Brexit SIs and on retained law, see Practice Notes:

HMRC has updated its guidance Climate change agreements: information to report to HMRC to clarify that state aid reporting will change due to the agreement with the EU.

What is the climate change agreement scheme?

CCAs are voluntary agreements that allow an eligible energy-intensive facility to receive up to 90% reduction in the CCL (and 100% reduction for energy used in certain energy-intensive (metallurgical and mineralogical) industrial processes), if it agrees to energy efficiency targets agreed with government.

The Environment Agency has produced a number of guidance documents for the scheme and BEIS provides guidance on the gov.uk website.

Climate change agreements: statutory guidance provides guidance to the Environment Agency as administrator on how to carry out its administrative functions.

HMRC is responsible for overseeing the application of the reduced rate of CCL once a business has been certified as a participant of the scheme.

What facilities are covered by the climate change agreement scheme?

The UK government may extend eligibility to new sectors or amend it for existing sectors, with data centres and saw milling being added in 2014.

What installations are eligible facilities?

An installation or a site is an eligible facility only if:

The 70/30 rule acknowledges that during a 12-month period a facility that uses reckonable energy in eligible processes is likely also to use energy in non-eligible processes that do not comply, eg in offices. This will enable more installations to claim the CCL discount. It also removes the requirement for sub-metering.

What is the available climate change levy discount?

The CCL is charged at a specific rate per unit of energy for each of the four categories of taxable commodity. The rates are based on the energy content of each commodity.

The main rates are updated annually.

A reduced rate of up to 81% (increasing to 83% by 2021) applies to energy-intensive sectors provided these businesses meet pre-agreed targets of CO2 reduction and enter into a CCA with the scheme administrator. Electricity suppliers can receive up to a 92% reduction on the CCL to reflect the introduction of the carbon price floor.

In the Spring 2016 Budget, the UK government announced the abolition of the CRC Energy Efficiency Scheme (CRC Scheme), with effect from the end of the 2018–19 compliance year. This was implemented by the CRC Energy Efficiency Scheme (Revocation and Savings) Order 2018, SI 2018/841, which came into force on 1 October 2018. To cover the cost of the abolition of the CRC Scheme in a fiscally-neutral way and incentivise energy efficiency in CCL-paying businesses the main rates of CCL increased from 1 April 2019. To compensate equivalently for the increase in CCL main rates, the CCL discount for sectors with CCAs also increased from 1 April 2019.

Spring Budget 2020 announced increases to the gas rates under the CCL for years 2022–23 and 2023–24 while freezing the rate on electricity in order to meet the UK’s net zero commitment by incentivising the use of electricity over gas, as electricity is a cleaner energy source. Building on the Budget 2016 announcement to make gas and electricity rates equal by 2025, the government announced that it will raise the rate on gas to £0.00568/kWh in 2022-23 and to £0.00672/kWh in 2023-24 whilst freezing the rates on electricity. To ensure the tax system treats fuels that are used off the gas grid more equitably, the government will freeze LPG at 2019-20 levels until April 2024.

From 1 April 2018 the Climate Change Levy (General) Regulations 2001 are amended in relation to the formula used to calculate relief entitlement, to align them with changes made in FA 2016 to reduced rates of CCL from 1 April 2019.

How does a company enter into an agreement?

The operator should check:

If the operator is not a member of the association it may be charged a fee for administering the CCA and assisting it to enter into an underlying agreement with the administrator.

Once a CCA has been agreed, reduced rate certificates list all the facilities within each sector that belong to a CCA and are eligible for the reduced-rate levy. A list of facilities currently eligible to claim CCL discount is available.

Revised Template umbrella and underlying agreements were available from 1 January 2017 and supersede previous templates. They incorporate the increase in the buy-out price for missed targets for target period 3 (2017–2018) and target period 4 (2019–2020) announced on 9 December 2016.

The Climate Change Agreements (Administration and Eligible Facilities) (Amendment) Regulations 2020, SI 2020/958 amend the terms to be included in an underlying agreement relating to the buy-out fee, and amend the formulas to provide that any surplus will not be taken into account in calculating the buy-out fee for the new target period 5. They also insert a power for the administrator to vary a CCA to take account of any changes in the terms specified by the Climate Change Agreements (Administration) Regulations 2012, SI 2012/1976 from time to time as terms which must be included in agreement.

What is required of a company that enters into an agreement?

Umbrella agreements include the overall target and milestones for the whole of the sector based on individual targets for target units (TUs) that are combined to calculate the sector total. A TU can consist of a single facility or a number of different facilities that are grouped together to form a single TU.

The underlying agreement will specify the individual targets for the TU.

Once the administrator has received the underlying agreement, it will be signed and one copy will be returned to the sector association. The operator is entitled to claim the reduced rate of CCL from the date the agreement is signed.

The operator should send forms PP10 Supporting Analysis and PP11 Supplier Certificate to their energy supplier(s) using the date of the agreement as the start date of entitlement.

Once a facility has received a certificate stating it is entitled to the reduced rate it can then be used by the facility to support a claim for relief of CCL from HMRC.

Variation to a CCA

The scheme administrator can issue a variation certificate.

If a variation occurs, the agreement holder must submit revised versions of the PP10 and PP11 forms reflecting the change in their entitlement to CCL relief to HMRC.

The Climate Change Agreements (Administration and Eligible Facilities) (Amendment) Regulations 2020, SI 2020/958 insert a power for the administrator to vary a CCA to take account of any changes in the terms specified by the Climate Change Agreements (Administration) Regulations 2012, SI 2012/1976 from time to time as terms which must be included in agreement.

There are no penalties under the old CCA scheme other than loss of the CCA.

The Environment Agency may impose financial penalties where the facility:

Unpaid penalties can be recovered as a civil debt by the Environment Agency. For more information, see the guidance: Managing your CCA.

Operators can appeal against the charging of penalties, as well as terminations of CCAs and the inclusion and exclusion of facilities.

Relationship between climate change agreements and the EU ETS

A number of CCA TUs are covered by both the CCA scheme and the EU ETS.

Under the old CCA scheme, if operators of installations covered by both schemes reduced their energy use and emissions they could benefit under both schemes in relation to the same reduction, eg:

The CCA target was then corrected in accordance with the methodology in the former DECC guidance paper CCA-D06 to avoid double counting of allowances.

Conversely, if their emissions and energy use increased, the operators would have to purchase allowances under the EU ETS and the historic UK ETS (now closed).

The new scheme removes the overlap with the EU ETS by splitting the CCA targets into two elements:

The TU under a CCA is the eligible facility less any part(s) consuming energy covered by the EU ETS.

TUs no longer have to apply a complicated methodology to adjust their target for the overlap before their performance gets assessed at reconciliation.

The EA guidance document provides examples of how to calculate the energy consumption relevant to CCA where there is also an EU ETS installation associated with the eligible facility.

The government announced in its Clean Growth Strategy published in October 2017 that it will evaluate CCAs to inform any successor scheme from 2023.

The government’s call for evidence on helping businesses improve the way they use energy set out possible approaches to improving energy efficiency in business and industry by 20% by 2030, and sought views on the level of ambition and how to measure progress. It also sought views on the actions businesses and government could take to improve take up energy efficiency across buildings and industrial processes. The response was issued on 13 March 2019, and stated that the government was undertaking an evaluation of the effectiveness of the CCA scheme, which was expected to conclude by the end of 2019, see: LNB News 13/03/2019 115 and Consultation on energy efficiency—what’s next?.

However, Spring Budget 2020 announced an extension of the CCA scheme by a further two years, with the extended version of the scheme to be outlined in a consultation also consulting on long-term options for the scheme.

On 16 April 2020, BEIS published the consultation: Climate Change Agreements scheme extension and reforms for any future scheme which closed on 11 June 2020. The consultation sought views on proposals to:

Views were also sought on potential reforms were there to be a future CCA scheme.

On 31 July 2020, the government published the consultation outcome. The majority of the 1010 respondents welcomed the extension and certainty surrounding the CCL discount. There was also support for keeping existing rules and eligibility criteria and a strong belief that the proposals were appropriate for extension. However, respondents raised concerns surrounding the tight timescales as well as certain aspects including an increase in the buy-out price and inability to use surplus in the added target period. Following the responses, the government has announced it would implement the changes mentioned, including laying the required legislation and that BEIS and the Environment Agency would provide more detail regarding target setting negotiations and new/varied agreements. The government also confirmed that further assessment will be undertaken regarding the purpose and targeting of a long term scheme following the extension, in addition to providing a timeline for further engagement on the future of the CCA scheme.

The CCA scheme has now been extended until March 2025, find the latest CCA Operations Manual here.