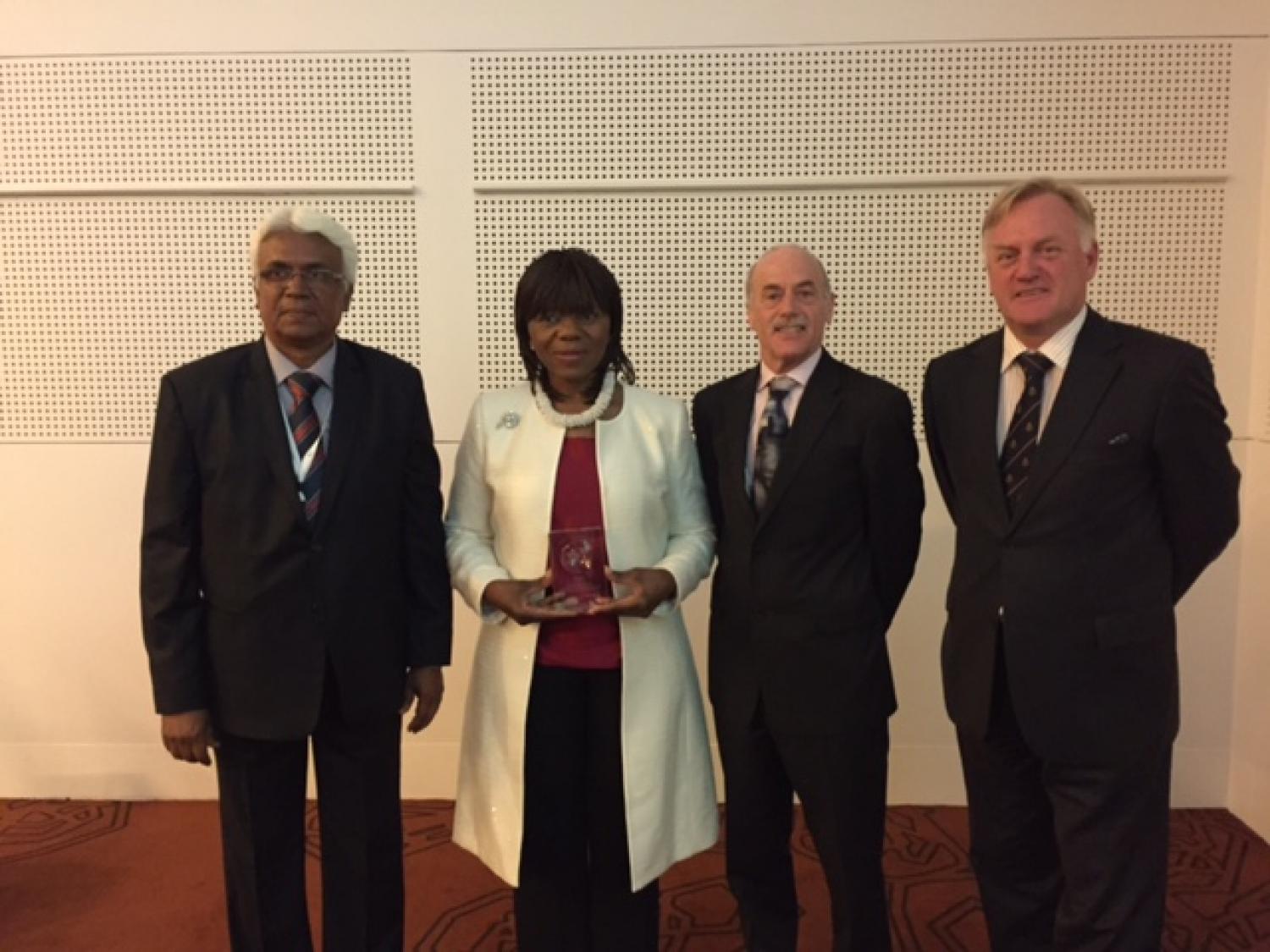 LexisNexis Legal & Professional, LexisNexis Australia, March 2017
The 20th Commonwealth Law Conference was hosted in Melbourne this year with LexisNexis as the lead sponsor for a global presence, and hosted by Commonwealth Lawyers Association (CLA) in association with the Law Institute of Victoria. A unique event that welcomes delegates from more than 50 countries around the world to meet, learn, exchange experiences and discuss insights.

On the last day of the Conference, the 3rd Commonwealth Rule for Law award was presented to Ms Thuli Madonsela. The Rule of Law Award was developed in 2013 through a partnership between the CLA and LexisNexis as a biennial award to recognise an individual, institution, firm or lawyers who have made an outstanding contribution to the rule of law which has an impact both within their own country and to the broader Commonwealth.


LexisNexis strives to advance the rule of law through our everyday work and hope this award will inspire lawyers to pursue these same values, as the legal community plays an integral role in driving SDG 16 Peace, Justice and Strong Institutions. Ian McDougall, EVP and General Counsel, LexisNexis Legal & Professional, who spoke at the conference on the role and importance of the business community to actively engage in advancing the rule of law for economic and social development, commented that: ‘LexisNexis is extremely proud of its partnership with the CLA on this prestigious award. We congratulate and commend Ms Madonsela for her commitment and dedication.’ Advocate Madonsela has been recognised as this year’s recipient for her activism in embodying truth and justice during her seven years as a Public Protector in South Africa. She exemplified the principles of the Rule of Law Award through her pursuit to make access to justice a reality for her nation, as well as promoting equality under the law. This year’s theme was ‘Thriving in a global world: building on the rule of law’ with a series of prominent speakers that discussed contemporary legal issues in our globalised world that both innovate and challenge lawyers practising today. The Conference sessions focussed on trends in corporate & commercial law; businesses engaging in the rule of law, and other contemporary legal topics.

Our very own Jim May speaking on AI at #clc2017mel pic.twitter.com/1nTCPWTtSr