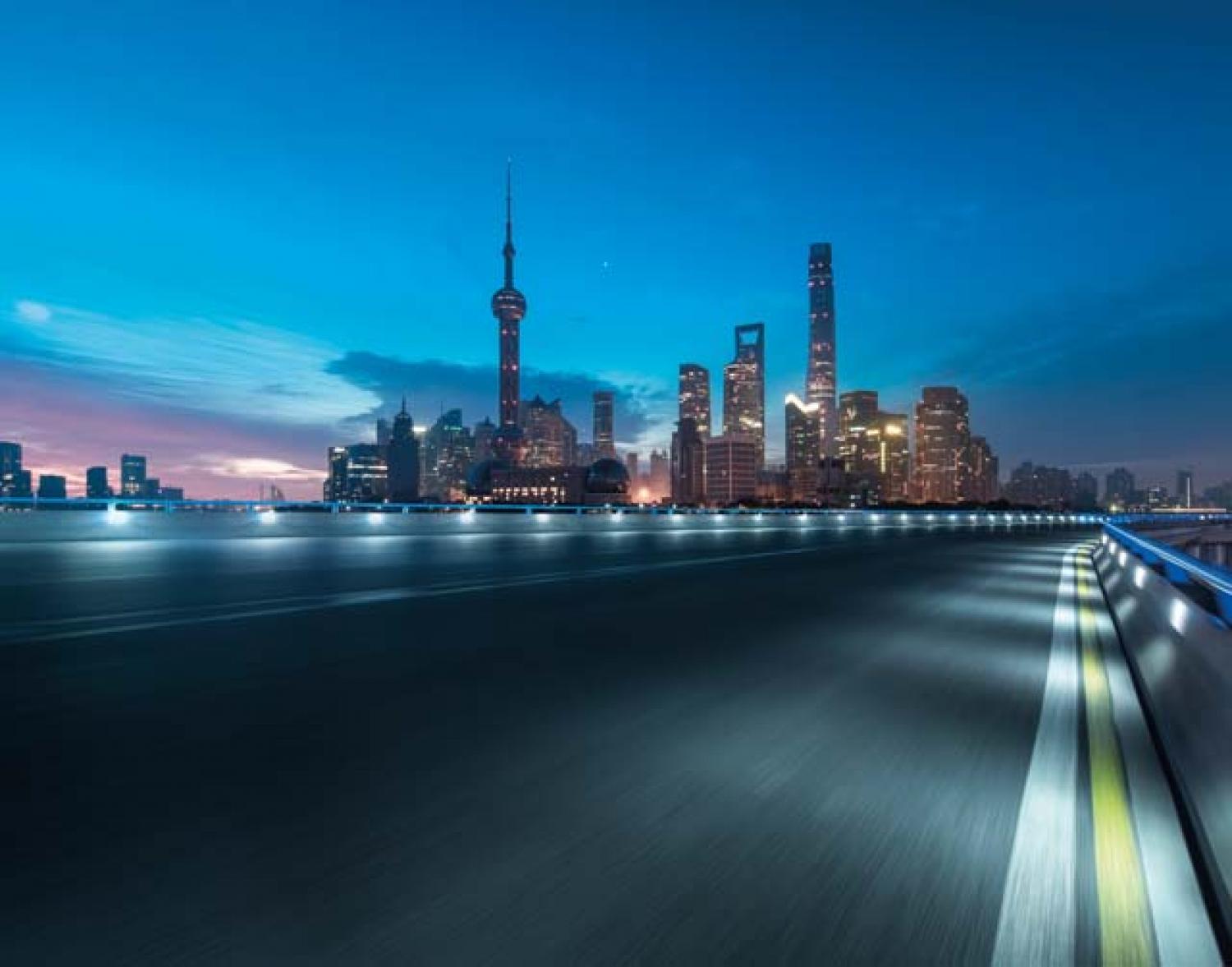 Northeast Asian (NEA) caustic soda prices had risen by no less than 68% in November 2017 compared with January of last year. And the November price of $705/tonne FOB NEA was the highest price since ICIS began conducting this particular price assessment in January 2007.

It was the same story in many other chemicals value chains. Take as another example isocyanates, the raw materials needed to make polyurethanes (PU).

In October, methyl di-p-phenylene isocyanate (MDI) and toluene toluene di-isocyanate (TDI) prices in China reached their highest levels since way back in January 2000.

In the case of TDI, which is used to make flexible PU foams, the spread between on e of the raw materials to make TDI – toluene – reached record levels at the end of last year.

The spread, which is the gap between 0.65 times the price per tonne of toluene in NEA and the price of a tonne of TDI in China (it takes 0.65 tonnes of toluene to make a tonne of TDI) stood at more than $4,000 tonne in October. This was the highest since May 2008.

Strong and quite often record profitability was a feature of several other chemicals value chains in 2017.

Part of the reason was a very good Chinese economy. GDP (gross domestic product) growth last year is expected to have reached an unexpectedly strong 6.9%, despite widespread fears of a debt-induced slowdown.

But a bigger factor behind booming chemicals markets seems to have been China’s campaign to clean-up its environment.

In the old days, before the current campaign against pollution began, companies often received advance notice of when environmental inspectors were going to turn up.

This gave them the opportunity to turn- on air purification and waste-water treatment equipment only for the duration of inspections.

And even if companies were found to be in breach of regulations during the inspections, good relationships between company officials and the inspectors often meant that no legal action was taken.

Today, though, visits from inspectors are unannounced. Legislation is also being properly enforced and has been strengthened.

Penalties have been broadened to include tougher disciplinary action against both company and local government officials.

Assets can be seized, and, most importantly of all, manufacturing plants can be temporarily shut down until companies across all industrial sectors comply with the regulations. These closures explain the tightness in chemicals markets during 2017.

The environmental campaign actually began in 2015, but didn’t have any significant effect until 2016.

Last year was a watershed, though, as the number and severity of environmental inspections was accelerated.

Some 12,000 local government officials had been disciplined in January-November 2017 for allowing the factories on their watch to break pollution rules.

Around 80,000 factories had been charged with breaching emissions levels during the same 11 months, more than double the amount during the whole of 2016.

The scale of the manufacturing shutdowns was equally unprecedented. One estimate is that 40% of China’s total manufacturing capacity was temporarily shuttered during 2017, with factory closures typically lasting 2-4 weeks.

Some of the closures were permanent. This was because chemicals and other plants in breach of the environmental rules were also operating in oversupplied manufacturing sectors and had poor economies of scale.

China was thus using its environmental campaign to solve two problems at once.

The first problem is a pollution crisis that resulted in 1.8m premature deaths in 2015, according to a study published last October by the Lancet Commission on Pollution and Health. The Lancet is a UK-based peer-reviewed medical journal.

The second problem is the high level of bad debts which we referred to above. This is a result of overinvestment in manufacturing and real estate that took place after 2008, as China used debt to boost domestic growth in order to compensate for the Global Financial Crisis (GFC).

“Companies in oversupplied sectors, including some chemicals, are borrowing more money just to service existing debts. They are bleeding money,” said a source with a global polyethylene producer.

Last year also saw China accelerate a separate environmental initiative that was launched in 2014. This involves the relocation of chemicals plants classified as producing toxic chemicals away from urban areas to chemicals industry parks.

In September 2017, the State Council, the government’s chief administrative body, stipulated that:

• All of the country’s small -to mid-sized chemicals plants that fall into the toxic category must have completed their relocation work by end-2020 – and if they haven’t started removal work yet, this must begin in 2018.

• All of the larger plants classified as producing toxic chemicals must relocate by end-2025, and must start the process by no later than 2020.

• Plants can also be re-engineered to produce non-toxic products, or must be permanently closed if re-engineering or relocation are impossible.

The permanent closures will again help deal with oversupply and poor economies of scale in certain chemicals sectors.

Some of China’s chemicals markets seem likely to remain tight until at least March of this year, which is when a campaign to improve air quality in 28 northern cities comes to an end.

Between September and March, air pollution typically builds up these cities because of cold, still air and the increased use of coal for heating.

China’s central government has for the first time set maximum air-pollution targets for the cities. The targets relate to PM2.5 pollution - particulate matter that is especially bad for human health.

The effects have been quite stunning, according to an 18 December article in the South China Morning Post (SCMP), the Hong Kong-based newspaper.

The newspaper reported that provincial governments in northern China had imposed a complete ban on the use of coal for energy, had halted all infrastructure projects and had ordered a 30% cut in aluminium production and a 50% reduction in steel production.

Local officials in in the northern province of Hebei introduced a complete ban on the use of coal in rural homes and in industry, added the SCMP.

Not surprisingly, this led to a surge in natural gas prices in China as demand for gas to replace coal surged. The cost of liquefied natural gas increased by 86% between September and December of last year.

Drastic measures to deal with gas shortages included the decision in December to cut gas supply to chemicals plants. Methanol, acetic acid and fertiliser markets were particularly badly affected as plants shut down.

Once the winter air campaign is over, it seems likely - as we have already mentioned above - that tight supply in some chemicals value chains will ease.

But Xi Jinping, China’s president, made it clear in his opening speech during last October’s 19th National Party Congress that there will be no let-up the environmental campaign.

These political meetings take place every five years and set policy direction of the next five years.

Xi mentioned the environment no less than 89 times during his three-and-a-half hour speech.

He also mentioned the economy 70 times, but his whole emphasis was on the quality rather than quantity of growth as he repeatedly stressed the need to tackle pollution.

And he did not detail any GDP growth targets for 2018 and beyond – either for the country as a whole or for individual provinces.

This omission is very significant. Whilst targets are likely to still be set, they are being de-emphasised in favour of cleaning-up the environment.

Promotion of local government officials no longer depends on their success in hitting economic growth targets, but is instead tied to their ability to achieve environmental clean-up objectives.

It thus seem highly probable that there will be no easing in the intensity of the pollution campaign after March this year, once the winter air campaign is over.

A pointer in this direction was the introduction on 1 January this year of an Environmental Protection Law that will levy new pollution taxes on manufacturers. It replaces 38-year-old pollution discharge regulations, built into which were loopholes and exemptions that made it easy for companies to avoid payments.

The new taxes will also be collected and retained by local governments rather than being transferred to Beijing, as was the case with the pollution discharge regulations. This will give local government officials another motive to keep in line with Beijing’s environmental initiatives.

As more and more Chinese chemicals plant are shut down, some of them permanently, exporters to China stand to benefit even further during 2018.

Continued tight markets would also be excellent news for both exporters, and the local producers that remain in business, if this leads to strong profitability.

The ongoing relocation of chemicals plants represents an opportunity for engineering and procurement contractors and utilities suppliers etc.

What will matter here will be good market intelligence on which plants are to be shut down and relocated. So far, only one province – Hebei – has published a list of the plants it plans to shutter and move.

But what if the inflation caused by the closure of chemicals and other manufacturing plants becomes a problem?

China has played a big role in driving global inflation, deflation – and now inflation again – since 2008.

The huge economic stimulus programme China launched immediately after the GFC helped reflate the global economy. This programme dragged China from deep deflation into inflation from late 2008 onwards and supported consumer prices in the west.

Oil and other commodity prices, including chemicals prices, surged as China poured vast sums of money into stimulating domestic demand.

This was sustained until Q3 2012. But then the Chinese producer price index fell into negative territory as economic stimulus was withdrawn.

China realised in late 2012 that it faced a debt crisis as a result of building too many factories and condominiums with little regard for supply and demand fundamentals.

The government, gradually at first, began to slow down the pace of new credit creation.

But from January 2014 onwards, the pace of this credit slowdown picked up. This was the result of the economic reforms laid out during the important 3rd Plenum political meeting in late 2013.

Meanwhile, as economic stimulus was withdrawn, oversupplied industries exported their surpluses at very competitive prices. This added to already existing trade tensions between China and the West

Now we are into Phase 3. China is no longer exporting deflation by flooding overseas markets with its cheap manufacturing surpluses. It is instead again exporting inflation because of its shutdown of manufacturing capacity for the environmental and economic reasons detailed above.

If the global economy remains healthy it could well benefit from Chinese-led inflation after years of subdued consumer prices in the West.

But what if global growth were to slow down? How might the world then cope with China exporting inflation?