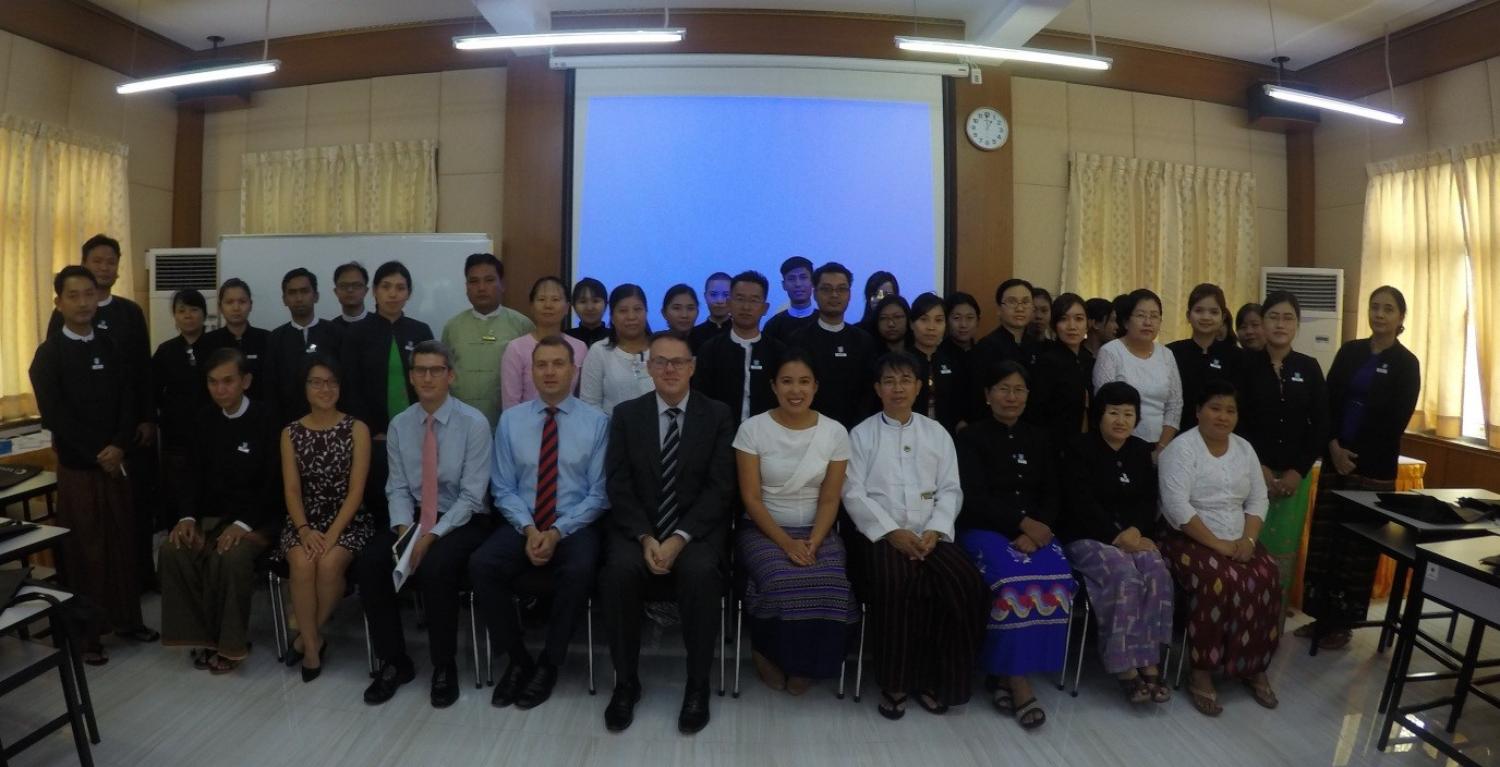 LexisNexis joined with Colin Biggers & Paisley Foundation to test a new initiative called The Juris Pilot in Myanmar to connect legal professionals with legal bodies in developing countries for pro bono opportunities that advance the rule of law.

Myanmar was chosen as the launch pad for the initiative due to the ongoing rule of law work of LexisNexis in the country. In addition, the lifting of economic sanctions against the newly democratic country have created a number of opportunities but also legal uncertainty as the judiciary struggles to keep pace with the rapid expansion of the country’s economy.

‘As democracy has been introduced to Myanmar, the legal professionals acting on behalf of the government  have been faced with new challenges of negotiating contracts with other countries – an area of law that was previously largely unused.’

Mr Brannen commented on the importance of the program to both the individuals and Myanmar as a nation:

‘We’ve been able to leverage our skills and resources to support a truly useful and significant initiative with LexisNexis and the Union Attorney General’s Office in Myanmar.  By bringing together other experts from large law firms in Australia and around the world, we have been able to collaborate and share ideas, whilst helping to further expand the legal knowledge and skills of a key group of local legal professionals who are representing the newly emerging Myanmar government. It’s a critical period for Myanmar as a relatively new player to the international arena whilst experiencing rapid progress by the influx of foreign investors.’

Using LexisNexis research materials, three lawyers built a curriculum to conduct intensive training over two days in April on international contract law to more than 50 public prosecutors from the Union Attorney General’s Office (UAGO) and other government ministries including the Department of Energy, Construction and the Auditor General at the offices of the Attorney General in Naypyidaw, Myanmar.

One of the key objectives set out by the UAGO, according to their five year strategic plan, is to improve the legal advice they provided to the Government. The plan recognises that ‘To advance the rule of law, the Government at all levels must adhere to the legal framework. This requires better trained legal advisors with specialized expertise.’

The efforts of LexisNexis to advance the rule of law in Myanmar were originally noted and commended by United Nations Secretary General Ban Ki-moon (in 2014), whose Special Advisor to the country, Ambassador Vijay Nambiar, had been facilitating engagement for LexisNexis with UN agencies working in the country, to ensure a structured approach to legal aid. From this, the inaugural ‘Business for the Rule of Law’ Consultative Workshop with the United Nations Global Compact was run by LexisNexis in Yangon, inviting the business community to discuss challenges they face in the country and ways in which the business community can strengthen the rule of law in Myanmar.

*Trainers in the front row include (L-R) Hannah Lim (Allen & Gledhill , Myanmar), Guillaume Stafford (Herbert Smith Freehills), Matthew Rickards (Ashurst), Charles Brannen (Colin Biggers & Paisley) and Veronica Rios (LexisNexis). Others in the image include members from the legal advice department at the Union Attorney General’s Office Myanmar and there were also representatives from the Ministry of Finance and Planning, Auditor General’s Office and the Ministry of Electricity and Energy.