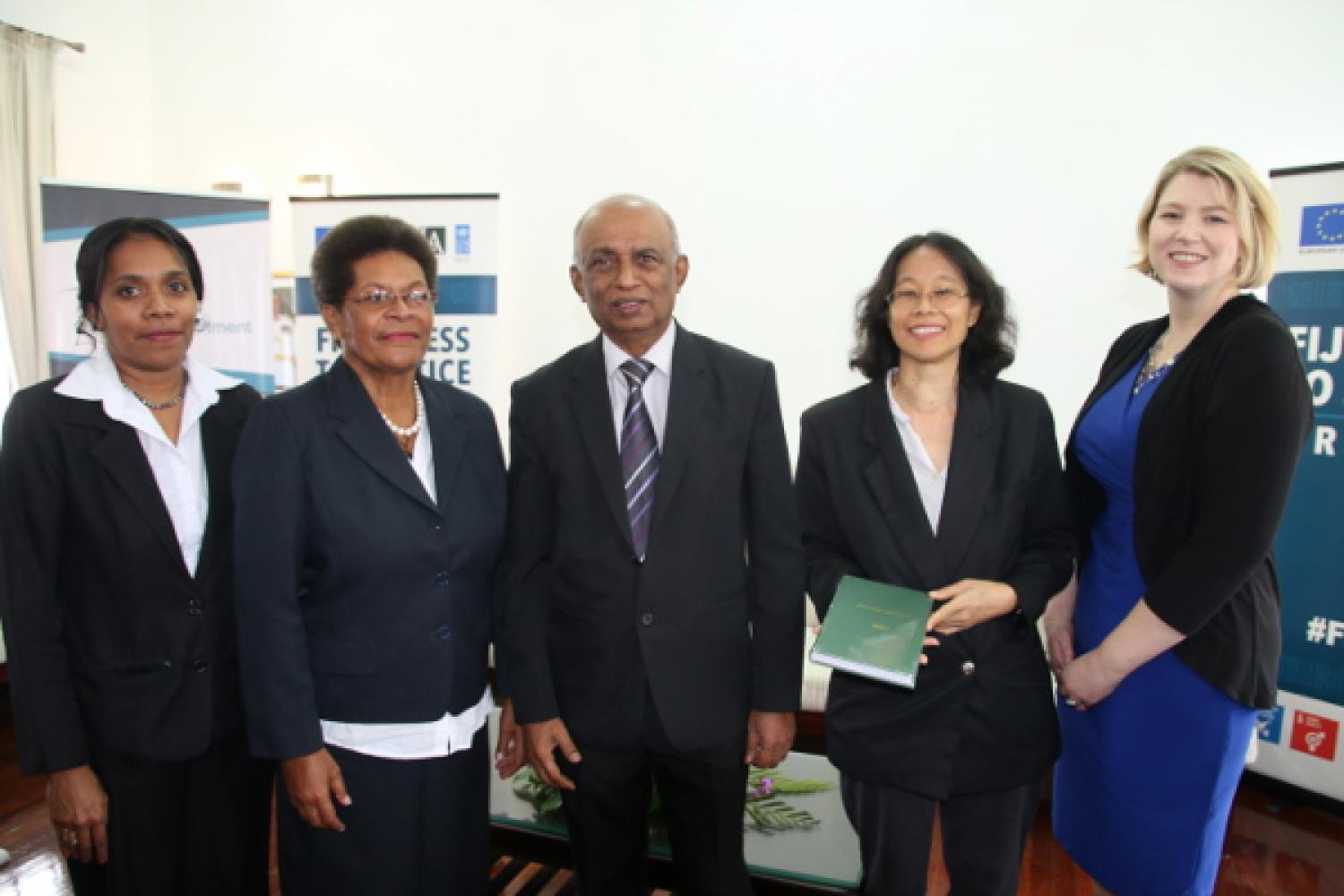 Transcription of judgments on a website though being useful do not serve the same usefulness of law reports. Law reports provide a host of valuable information in the form of catchwords, which give an indication what the judgment is involved with, the head note which is a summary of the judgment and a useful guide. In addition a law report would provide a digest of topics dealt with by the cases included in that law report, an index of other decisions that are referred to in the judgments in that report, an index of statutes referred to in the judgments etc. In a sense a law report serves as a ready reckoner for lay persons, students, academics, lawyers and judges.

The Hon. Chief Justice appointed a Law Reports Committee in 2013 and tasked the Committee with the revival of the Fiji Law Reports. The first task was to get the judgments from 2002 to date, towards which PACLII assisted in a great way by providing all the judgments published on their website. The next task was to get a team to do head notes once the judgments were selected for purposes of including in a law report. Attempts at establishing a team was not successful. It was noticed that negotiations had commenced with LexisNexis regarding the publishing of law reports but no headway had been made. Since finding resource persons to do head notes was not successful, fresh negotiations took place with LexisNexis and after getting the agreements vetted and approved by the Solicitor General’s Office, agreement was reached with LexisNexis to revive and publish the Fiji Law Reports.

Negotiations with LexisNexis were finalized after the middle of 2014 and the process of selection of cases to be included in the Law Reports commenced. The judgments that were most accessible at that stage were the cases in 2012 and it was decided to commence with that year. The judgments were selected and sent to LexisNexis for preparation of head notes, Indexing etc and in February 2015 the revived Fiji Law Reports were launched with the publication of the 2012 Fiji Law Reports in two bound volumes.

It was decided to go back to 2002 judgments and the subsequent years thereafter. In 2016 the Fiji Law Reports for the years 2002 and 2003 were completed and published. The Judicial Department had to bear the cost of the publication of these reports.

With the Access to Justice Project by the European Union and facilitated by UNDP launched in 2016, a further ray of hope for publication of the other Fiji Law Reports dawned. Under the project it was possible to have the further volumes processed and the publication of the Fiji Law Reports for the years 2004, 2005, 2006 and 2007 have been agreed upon and targeted to be published before the end of 2017.

Marie Chan of Chan Law in Fiji has been a major resource person in the publication of legal material in Fiji having published annotated statutes which serve as useful guides. She had also been tasked with the formulation of Fiji Law Reports prior to the establishing of the Law Reports Committee and she had completed doing the head notes for the year 2008. The Access to Justice Project has undertaken to have the 2008 cases printed and published and should be available in 2018.

In the process of revival of the Fiji Law Reports, I am grateful for the assistance provided by the Hon. Chief Justice, my colleagues in the judiciary, Her Excellency Madam Shameem, Marie Chan, Amelia Tukuwasa, Ana Cobona (my PA) and PACLII in the process of publication of the Law Reports. I am also grateful for the assistance of Ms Christine Fowler of the UNDP for collaborating the processes on the Access to Justice Project and Myfanwy Wallwork and her LexisNexis Team for the excellent support given in reviving the Fiji Law Reports.

I am hopeful that the revived Fiji Law Reports would be a valuable source of legal literature for Fiji and the rest of the world.