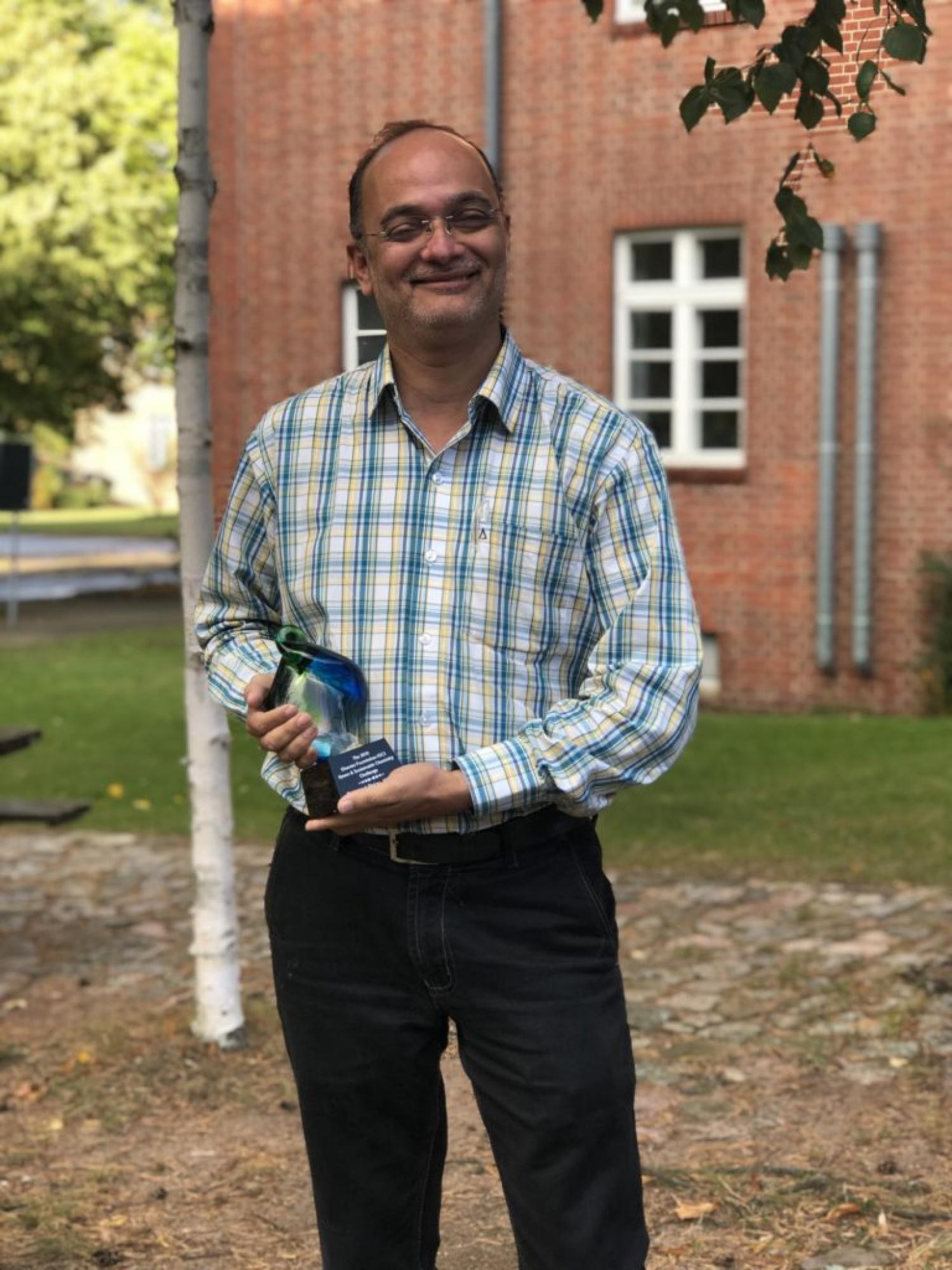 In 2019, Dr. Ankur Patwardhan, Head of the Biodiversity Department at Maharashtra Education Society’s Abasaheb Garware College, Pune, India, was awarded the second prize of EUR €25,000. His project, “Butterfly attractant for pollination and ecosystem health”, focuses on the plant-pollinator interactions that play a vital role in maintaining ecosystem balance and aims at enhancing floral visits by butterflies through the development of natural attractant formulations.

“This prize gives me the energy and confidence to keep going: to serve the community is a priority, and as first step I’ll reach to the farmers who have supported the development of the project,” said Dr. Ankur Patwardhan.

More than 75 percent of the world’s crops depend on animal pollination, and in the last 50 years, the volume of agricultural production that depends on animal pollination has tripled. Due to climate change, however, the number of insects is plummeting, with bees having declined by 46 percent over the past decade and butterflies by 53 percent, according to a 2017 study in Biological Conservation. In an ecosystem, where every part is linked to the next, loss of insects and pollinators leads to the disappearance of plants, birds, mammals and fish, ultimately impacting the quality of human life.

Dr. Ankur Patwardhan has been working with an established network of farmers, which have been involved in field trials – driving capacity-building at a community level. After all, he said, “the priority is serving the community, reaching out to the farmers who have supported the project from the beginning.”

One year later, we interviewed Dr. Patwardhan about his experience at the Challenge, as well as the upcoming steps for his project.