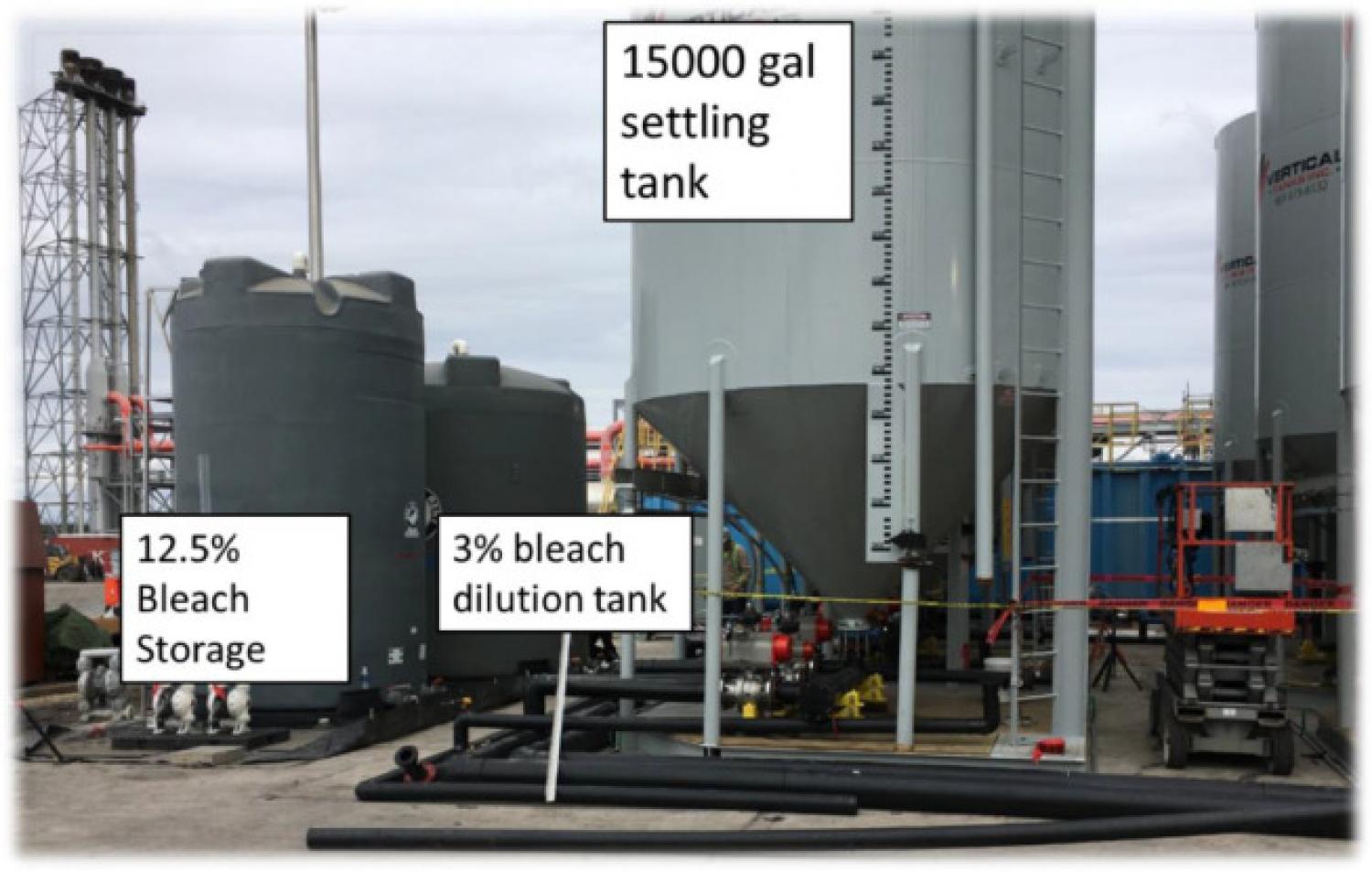 At the Kemper IGCC plant, the lignite drying system provided evaporated water to the gasification process to displace fresh water required. The original plant design used candle filters to process the lignite slurry water for reuse, but this was unsuccessful due to frequent filter media pluggage. A process was developed using flocculation sedimentation with membrane (FSM) filtration to filter ultrafine particles from this water, so it could be used in downstream gasification processes. This novel process was laboratory and pilot tested, then scaled up and implemented to meet gasification operation demands. The process achieved more than 99 percent removal of ultrafine suspended solids with a ten-fold increase in the filtration flux rates when compared to standard expanded polytetrafluoroethylene (ePTFE) membrane filtration.

A four-step sedimentation process was installed upstream of the membrane microfiltration process, removing 90 to 95 percent of the solids. This allowed the membrane filter to produce a filtrate of high clarity water devoid of any suspended solids. The sedimentation process consisted of a polymer feed system and six settling tanks to process a flow of 1300 gpm. Each settling tank operated according to its individual cycle, while processing water sequentially and in parallel with the other tanks. The flocculation process was initiated by adding the dilute polymers to the feed stream. Inline static mixers completely mixed the feed water stream with flocculants before the water entered the sedimentation tank. The primary flocculant was a polyamine. When high clay content was present, a secondary high molecular weight polyacrylamide was used to promote settling. Both polymers were diluted to 0.1% by weight.

During initial operation, the FSM filtration process peaked with a maximum available flow of 842 gpm across a single filtration vessel, with sufficient margin to process higher design flow rates. The average total suspended solids (TSS) in the influent wastewater was 13,000 mg/l. The corresponding differential pressure across the filters was approximately 4 psi, which is one-third of the rated pressure of the filters. At these rates the system would remove over 65 tons/day of ultrafine material from the filtrate.

This process makes a significant contribution to the development of methods for applying sustainable and economical zero liquid discharge processes in gasification plants and in other chemical industries. This report presents the scale-up and implementation of the FSM filtration process for industrial applications.

Achieving the unprecedented: Modelling diffusion pathways for ambitious climate policy targets
Technologies for the production of renewable natural gas from organic wastes and their opportunities in existing Canadian pipelines
A perspective on the human dimensions of a transition to net-zero energy systems
Nexus between economic growth, energy use, urbanization, agricultural productivity, and carbon dioxide emissions: New insights from Bangladesh
Reducing carbon emissions through water conservation: An analysis of 10 major U.S. cities