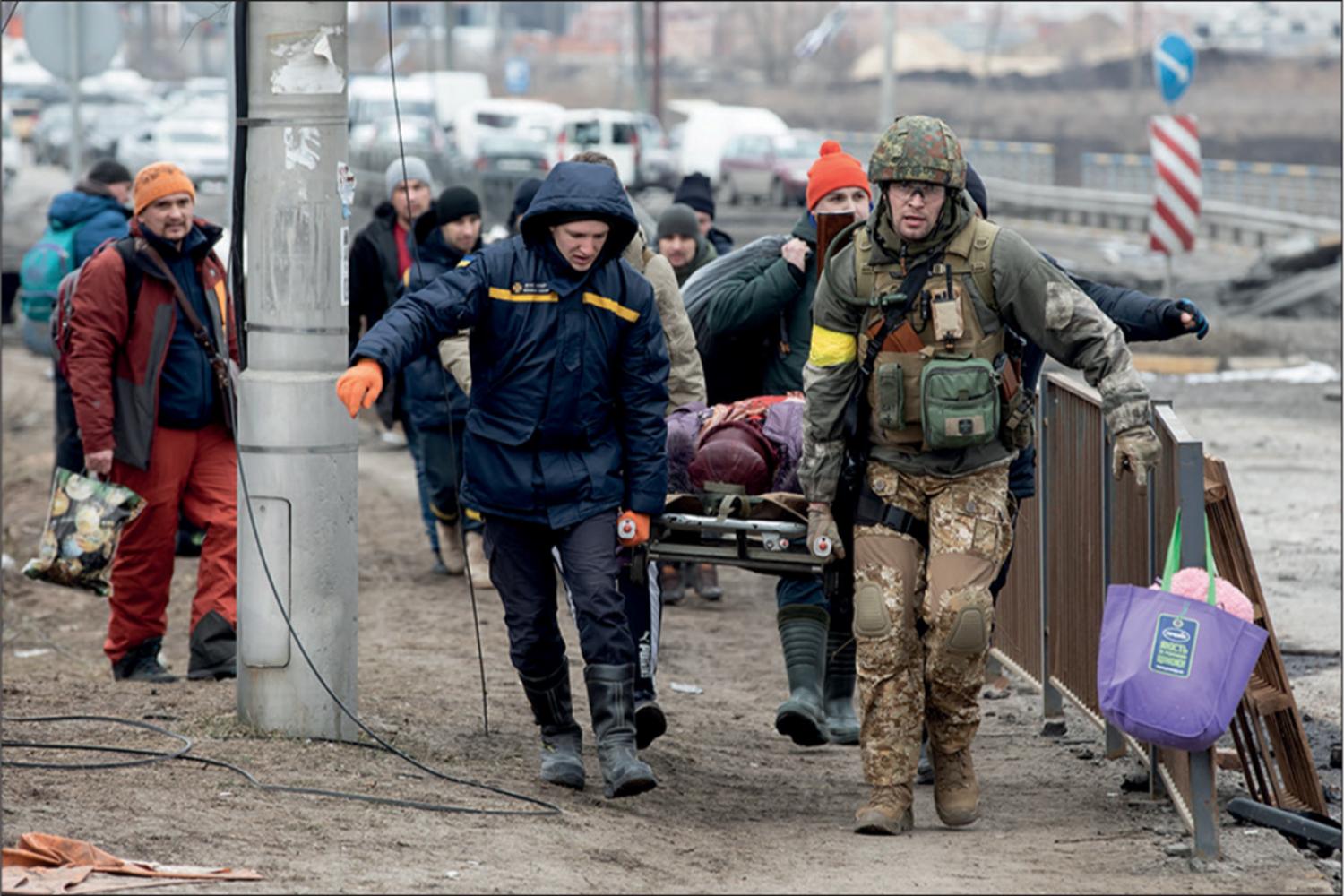 As of March 21, 2022, more than 3·5 million Ukrainians have fled the country since Russia launched its invasion on February 24. A further 6·5 million Ukrainians are thought to be internally displaced. Several million people are trapped in areas where the fighting is ongoing, including more than 200 000 people in the besieged city of Mariupol. On March 22, Ukrainian health minister Viktor Lyashko stated that ten hospitals have been destroyed during the Russian bombardment. On the same day, reports emerged of a children's hospital in Luhansk, eastern Ukraine, coming under shellfire.