How safe are vaccines against COVID-19? Insights from John McConnell, Editor, The Lancet Infectious Diseases 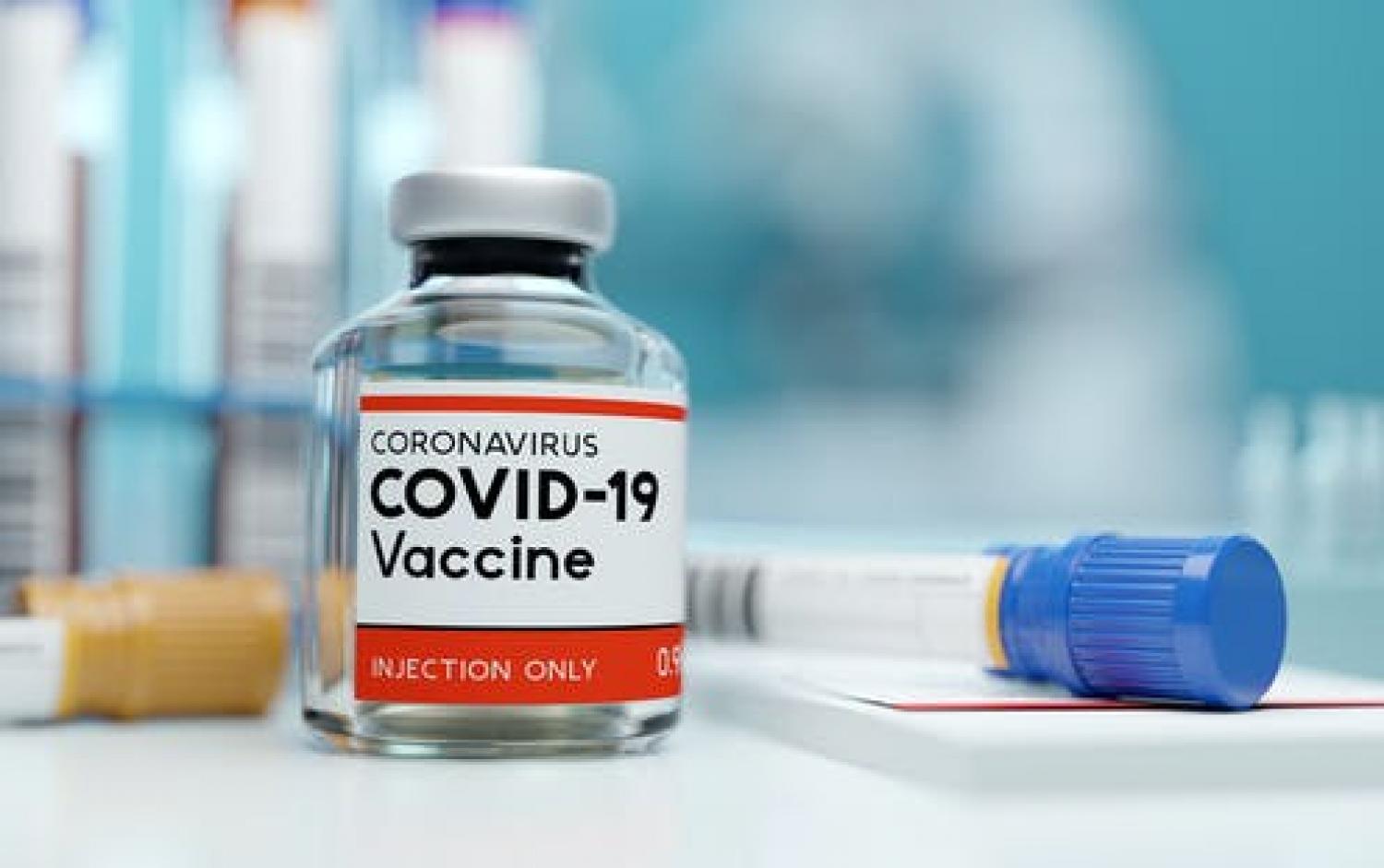 As more and more people in the UK are invited to be vaccinated against COVID-19, they will want to know if the vaccines are safe. The simple answer is yes, but let’s look at the details of the information from clinical studies and routine use of the vaccines that make me confident of this answer.

The three vaccines that have been approved for use in the UK have been developed by a collaboration between the US company Pfizer and the German company BioNTech (Pfizer-BioNTech), by a collaboration between vaccine scientists from Oxford University and the UK-Swedish company AstraZeneca (Oxford-AZ), and by the US company Moderna, although this last vaccine has not yet been deployed in the UK. The Pfizer-BioNTech and Moderna vaccines use the same technology to generate immunity based on a molecule called mRNA. The Oxford-AZ vaccine uses a so-called viral vector system to stimulate immunity. To “train” the immune system, the vaccines are given in two doses spaced a few weeks apart. The vaccines cannot cause COVID-19 because they do not contain the virus that causes the disease. For an explanation of differences between the three vaccines approved in the UK and how they work see https://www.bbc.co.uk/news/health-55625276.

All three vaccines were tested in clinical trials involving tens of thousands of volunteers before being approved for use by the Medicines and Healthcare products Regulatory Agency (MHRA), the UK drug regulator. The clinical trials that led to regulatory approval (known as phase 3 trials) have the twin objectives of testing that the vaccines are safe and that they protect against the symptoms of COVID-19. Volunteers are divided at random into groups injected with either vaccine or with a placebo, usually saline, that does not contain the vaccine component. Neither the volunteers nor the investigators who are running the trials know who has received vaccine and who placebo until the results are analysed, a method known as double-blinding that stops bias being introduced into the collection of results. Safety data are collected by asking volunteers about adverse health events (side-effects) after injection and by the volunteers self-reporting such events.

What clinical trials tell us about safety

Pain at the injection site was the most common side-effect in the trials of all three vaccines. This is the sort of pain that can easily be treated with paracetamol or ibuprofen. In the phase 3 trial of the Pfizer-BioNTech vaccine, injection-site pain after the first injection occurred in 71–83% of vaccine recipients, depending on their age, compared with 9–14% of placebo recipients. Injection-site pain occurred a little less often after the second injection. Other reactions to injection were redness and swelling, which occurred in fewer than 10% of volunteers in both the vaccine and placebo groups. These local side-effects usually disappeared within a day or two. This picture of adverse events at the injection site was very similar in the phase 3 trial of the Moderna vaccine: reported by 84% in the vaccine group versus 20% in the placebo group after the first dose, and by 89% versus 19%, respectively, after the second dose. The injection-site side-effects lasted 2–3 days in the Moderna vaccine trial.

For the Oxford-AZ vaccine, injection site pain and tenderness were the most common side-effects seen in clinical trials. Tenderness occurred in about 76% of vaccine recipients aged 18–55 years after the first dose and in 61% after the second dose. Pain was reported by 61% and 49% after first and second doses, respectively. Other local side-effects occurred less often and were also less common in older volunteers given vaccine. Unlike the Pfizer-BioNTech and Moderna vaccines, systemic adverse reactions with the Oxford-AZ vaccine were more common after the first dose than the second. The most common systemic side-effects in vaccine recipients aged 18–55 years were fatigue (76% after first dose, 55% after the second), headache (65%, 31%), and muscle ache (53%, 35%). Other systemic side-effects were less frequent, and also less common in older recipients of the vaccine. Adverse reactions usually resolved within a few days.

Because all three of the vaccines currently approved in the UK to prevent COVID-19 produce short-term adverse reactions such as injection-site pain, fatigue, and headache, they are described as reactogenic. Although uncomfortable for a short time, the reactogenicity is actually a good sign because it shows that the immune system is working hard to train itself to combat infection with the virus that causes COVID-19. Think of it like the tiredness and muscle ache you experience after a training session in the gym.

The safety assessment in clinical trials of the three COVID-19 vaccines shows that serious adverse events were rare, and no more likely in people who received vaccine than in those who received placebo. Although we know from the history of vaccine research that almost all side-effects occur within the first 2 months after immunisation, researchers will continue to monitor the health of volunteers in the trials for several years.

What have we learnt about safety since routine vaccination began?

Now that around 180 million people worldwide have been vaccinated against COVID-19 (including with vaccines not authorised in the UK), we have additional, reassuring, information on vaccine safety. A UK study of about 40,000 people—mostly healthcare workers—who received the Pfizer-BioNTech vaccine during December last year found that 37% had a local injection-site side-effect such as pain after the first dose and 45% after the second dose. Systemic side-effects such as fatigue and headache occurred in 14% after the first dose and 22% after the second. These mild side-effects resolved within a day or two, and there were no serious adverse health events reported. The frequency of side-effects in this study is noticeably lower than in the clinical trial of the Pfizer-BioNTech vaccine.

Since routine vaccination began, there have been rare reports of anaphylaxis, a type of severe allergic reaction, associated with injection of the vaccines. From data collected in the USA, where both the Pfizer-BioNTech and Moderna vaccines are used, we know that an anaphylactic reaction occurs after about 1 in 213,000 doses of the Pfizer-BioNTech vaccine and about 1 in 400,000 doses of the Moderna vaccine. These rates of anaphylaxis are higher than the 1.3 per million seen with flu vaccination, but considerably lower than the 1 per 5000 associated with the common antibiotic penicillin. Many of the people who had anaphylactic reactions had a history of allergy, and they are reported to have recovered after treatment. In the UK, through the MHRA Yellow Card reporting system, which monitors adverse reactions potentially related to vaccination, there have been 101 reports of anaphylaxis after giving about 6 million doses of the Pfizer-BioNTech vaccine (about 1 in 60,000), and 13 reports of anaphylaxis after about 1.5 million doses of the Oxford-AZ vaccine (about 1 in 115,000). All UK vaccine recipients who experienced anaphylaxis have recovered. As a precaution against a rare anaphylactic reaction, you might be asked to wait for 15 mins after being vaccinated before leaving the clinic.

Let me give a comparison between the risk of anaphylaxis after vaccination and the risk of dying from COVID-19. We know that the risk of death from COVID-19 increases with age, so that for someone living in England and Wales aged 35–44 years the risk of dying is 1 in 20,219, which is about 3–10.5 times the risk of anaphylaxis with the Pfizer-BioNTech vaccine, and this risk increases to 1 in 217 for people aged 75–84 years (276–982 times the risk) and 1 in 49 for those aged 90 or more (1224–4347 times the risk). A caveat to this comparison of risks is that the numbers of cases of anaphylaxis are far too few to give an estimate of risk by age group in the same way that we can estimate the risk of dying from COVID-19 by age group. So, the comparisons are approximations, but they nevertheless show that death from the disease is a considerably greater risk than is a temporary anaphylactic reaction. Bear in mind also that death is just the most extreme consequence of COVID-19—the disease can cause severe illness in people of all ages and recovery might take months.

Another very rare health event that has been associated with COVID-19 vaccination is a condition called Bell’s palsy, in which patients experience temporary paralysis of one side of the face. The condition might be linked to infections and most patients recover within months. In the natural course of events, the number of cases of Bell’s palsy per year is about 15–30 per 100,000 people. Combining the results of the trials of the Pfizer-BioNTech and Moderna vaccines shows that eight volunteers reported Bell’s palsy, with more cases in those who received vaccine than in those who received placebo. Although with such small numbers it is hard to know whether there is an association with vaccination, Bell’s palsy is a potential adverse reaction that needs to be monitored as vaccines are given routinely. Reassurance comes from just such monitoring of the UK vaccination programme through the MHRA reporting system, which shows that 69 cases of Bell’s palsy have been reported after the Pfizer-BioNTech vaccine (about 6 million doses given) and six after the Oxford-AZ vaccine (1.5 million doses). These numbers are similar to the expected natural rate of cases and do not suggest an increased risk following vaccination, although monitoring will continue. Again, it is important to remember that Bell’s palsy is a far rarer event than serious illness and death from COVID-19.

There have been deaths reported following routine COVID-19 vaccination. Given that the millions of people vaccinated are mainly elderly or with underlying medical conditions, or both, then several thousand naturally occurring deaths are to be expected within days of vaccination. So far there is no indication in the UK of an unusual pattern of deaths among people who have been vaccinated. The MHRA’s reporting system will continue to monitor all adverse health events potentially related to vaccination.

How were vaccines developed so quickly?

People are concerned that the speed of development of vaccines against COVID-19 implies that they have not been tested properly. It is true that development of a new vaccine usually takes 10 or more years, but because the vaccines approved in the UK have been developed in under a year this does not mean that any of the steps necessary to assess safety and efficacy have been missed. Vaccine development involves multiple steps, from initial laboratory work, to testing in animals, at least three stages of human trials, and approval by drug regulators. Only after approval does mass production start. There are usually considerable gaps between these steps while developers persuade government and private investors that their work is important, and they obtain money for the next stage of testing. But with COVID-19 these gaps do not exist since tens of billions of dollars, euros, pounds, etc, have been invested in vaccines, and, fortunately, the groundwork to develop vaccine technology had been going on for decades. Similarly, with the money available, manufacturers invested in production facilities while vaccines were still being tested, rather than waiting for the results of the testing. So, the vaccines have been ready to roll-out as soon as they have been approved. Crucially, the duration of clinical trials has not been shortened, with approval based on checking volunteers in the trials for side-effects for at least 2 months, the period during which these effects will appear if they are going to appear. The process by which vaccines against COVID-19 have been developed and approved is explained in this video https://www.bbc.co.uk/news/av/health-55281633.

All the information collected from clinical trials of vaccines against COVID-19 and their first couple of months of routine use shows that they produce mild side-effects that pass quickly. In deciding whether to get vaccinated, it is important to bear in mind that the risks of illness and death from COVID-19 are far greater than the risks of serious effects from vaccination. Vaccination not only protects you against COVID-19, but also it helps stop you passing the disease to people around you who might be vulnerable.