How arable farmers can use livestock to improve soil health 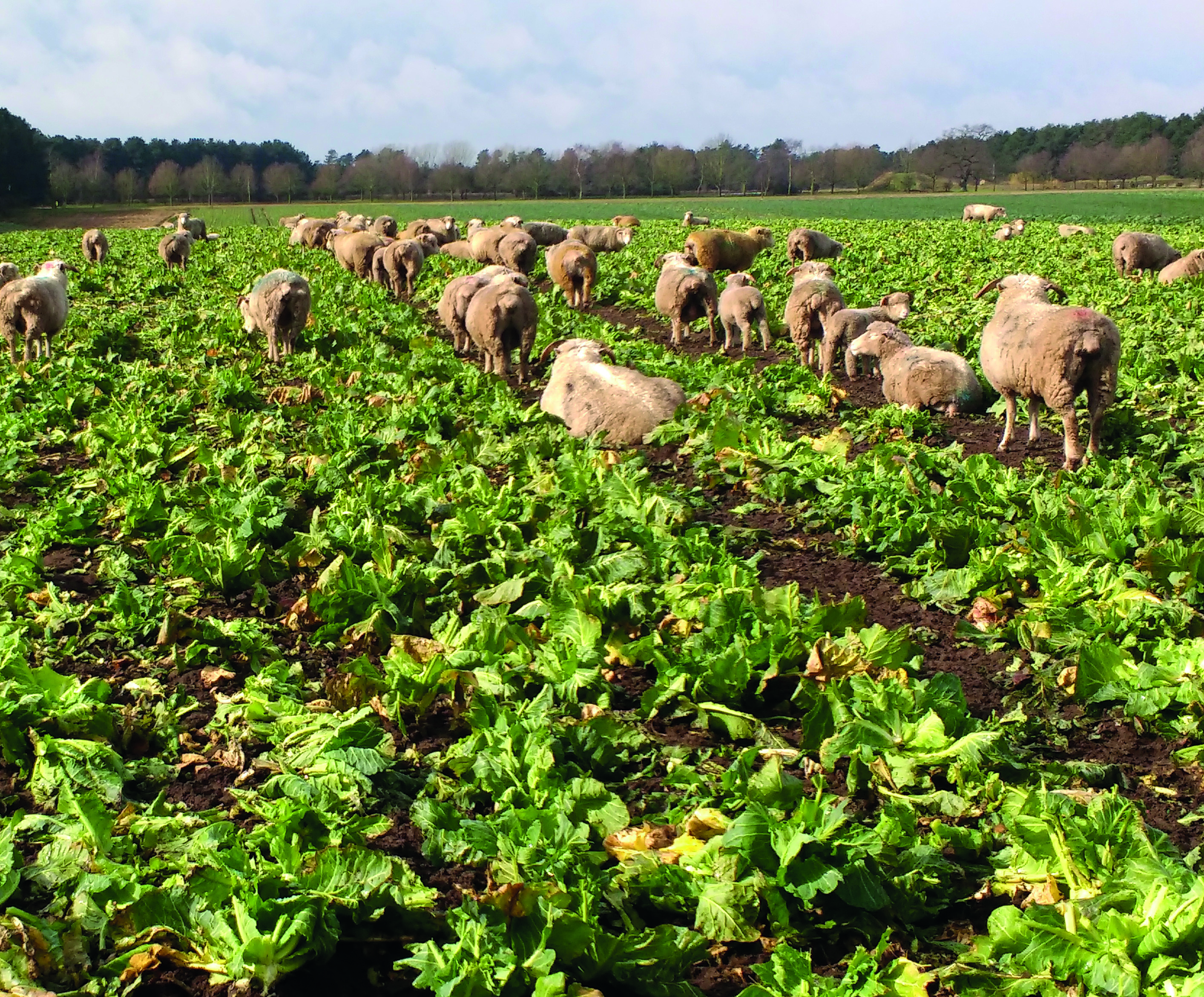 Many arable growers would think twice before welcoming anything with four legs on to their land beyond a subsoiler and a labrador, but farm manager Tim Pratt is reaping the benefits on his sandy Suffolk land.

He says livestock is helping maintain soil structure to prevent wind blowing the extremely fine soil particles away, along with providing benefits to soil health and converting vegetable by-products into cash.

Mr Pratt runs 750ha of some of the lightest land in East Anglia, in the heart of what was predominantly low-value scrubby heathland until 40 years ago, when the arrival of irrigation allowed intensive vegetable production to flourish.

With so little slack in the arable system, any livestock has to not only benefit the core cropping business, but also fit around the challenging workload.

In addition to the almost daily work of planting and harvesting between March and October, keeping the cropping area irrigated is a vital task on land where water can disappear from the soil profile in as little as 24 hours.

After taking on the job of farm manager in November 2005, Mr Pratt’s first foray into livestock came five years later, with the addition of bed-and-breakfast breeding sows. In this system a host farm provides land and often forage, and agreement is reached between parties on animal husbandry.

Keeping pigs on this basis is a good way to benefit the land and increase income without adding work that can’t be coped with, Mr Pratt explains, and the pigs now always sit between spuds and sugar beet in the rotation.

At a tight stocking rate of about 30 sows/ha, the significant manure returning to the soil helps raise organic matter and led phosphate and potash soil indices to jump by one point.

Pigs are also a part of the plan to reduce the incidence of troublesome potato cyst nematode (PCN), with any potatoes left after harvesting rooted out instead of being left to provide a home for PCN to reinfect subsequent spud crops.

Cleaning up the seed-bed in this way also reduces troublesome volunteer potatoes appearing in the following crop.

Controlling PCN typically requires an application of a nematicide, such as Vydate (oxamyl), but Mr Pratt says he is keen to reduce the use of agrochemicals, both to cut costs and improve soil health.

The strategy appears to be working, as routine soil testing for this pest has come back clear this season without any pesticide treatment.

However, the pigs do cause some surface compaction, which means a second pass with the subsoiler is needed ahead of sugar beet drilling.

Despite this, Mr Pratt continues to back the beasts, and says no precautionary applications will take place this year on land where the tests have come back negative.

One by-product of every vegetable-producing farm is a large amount of green waste that is left behind in fields after the marketable product has been harvested.

This can range from the green tops of carrots through to spring greens, where only the heart of the plant is harvested and the biggest leaves are discarded.

While this material was disced into the soil ahead of the next crop, a realisation that it could be turned from waste into feed and returned to the soil as manure led Mr Pratt to purchase some sheep in 2012.

A 400-strong flock of Easycare ewes was purchased over two years, with the breed selected for its low-maintenance reputation.

However, teething problems were encountered when attempting to integrate the flock on farm.

Lambing in April – the busiest time in the sheep calendar – coincided with a peak demand for labour on the arable operation with potato planting, and also onion and carrot drilling.

The flock was also at its largest through the summer months when the arable workload continued non-stop, and despite the Easycare breed’s reputation, Mr Pratt says the flock required largely the same day-to-day management as a standard breed.

Even with a low-cost system that is able to feed and fatten cheaply, he doesn’t believe a full-time member of staff can be justified for less than 1,000 ewes, and with the farm can only able to support a 400-strong flock flexibility is key.

Rather than wash his hands of the ovine experiment, he took the radical step of replacing the flock in 2013 with a smaller group of Dorset Horn and Poll Dorset ewes, one of the few breeds that can breed outside of the normal autumn tupping time.

This allowed him to flip the sheep season into reverse, with ewes put to the ram in April for a September lambing, the beginning of the quieter season on the arable side.

While there is an abundance of waste feed to see the ewes and lambs through the winter, spare manpower is more available for lambing and routine husbandry.

Lambs are also now timed to be finished for the lucrative Easter market, and are gone before the work picks up again, with just the ewes to take care of through the summer months.

Mr Pratt says the ewes lamb easily and are very milky. They scan at a lambing percentage of about 160% and he looks to return the flock back to about 400 ewes again using only home-bred replacements.

Lambs are slaughtered at a hefty 45kg, with the several local farm shops making up the biggest group of customers. They often want a more traditional carcass with bigger joints than the typical supermarket specification.

Mr Pratt admitted that the up-front costs of adding stock-proof fencing and a mobile handing system would not have been justified were it not for the sheep unlocking environmental payments.

While groups of sheep on vegetable patches are contained in paddocks using movable electric fencing, funding was available to erect permanent fences, including 100% grants from the Countryside Stewardship scheme to keep stock back from waterways.

These fenced areas are typically the permanent pasture portions of the farm that were not reclaimed for commerical cropping and are now used as lambing paddocks and for general use.

Value has also been extracted from an area of ancient woodland on the estate by bringing in cattle, again on a bed-and-breakfast basis, to manage the bracken in the area – another activity for which environmental funding is available.

Mr Pratt says many arable farms have areas of uncropped land and many growers simply mow marginal grassy areas rather than making money from them.

However, he warns that unless farmers have a passion for livestock and are able to make it fit with their core arable business, it’s not worth taking stock on yourself.

He believes there is untapped potential for livestock specialists in arable areas to take on the work as contractors instead. This will provide an avenue into farming for young entrepreneurs, while allowing arable growers to reap the benefits of having livestock on their land. 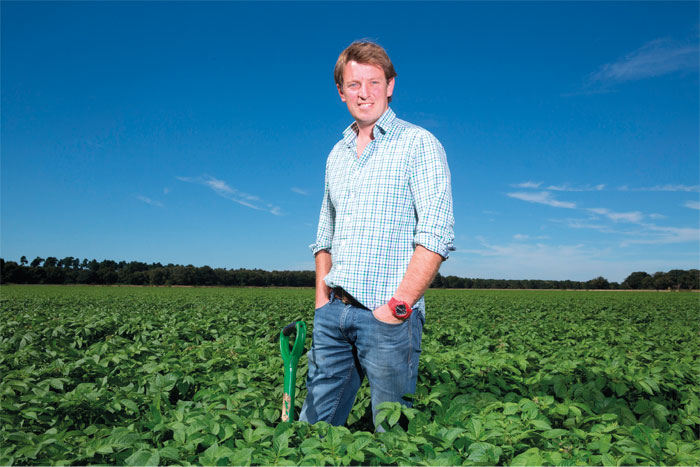 Encyclopedia of Inland Waters, Second Edition - Agricultural Pressures on Inland Waters
World Food Day 2022
The role of food environment policies in making unhealthy foods unattractive and healthy foods available in Africa
Affordability of the EAT–Lancet reference diet: a global analysis
Greenhouse gas emissions, water footprint, and ecological footprint of food purchases according to their degree of processing in Brazilian metropolitan areas: a time-series study from 1987 to 2018