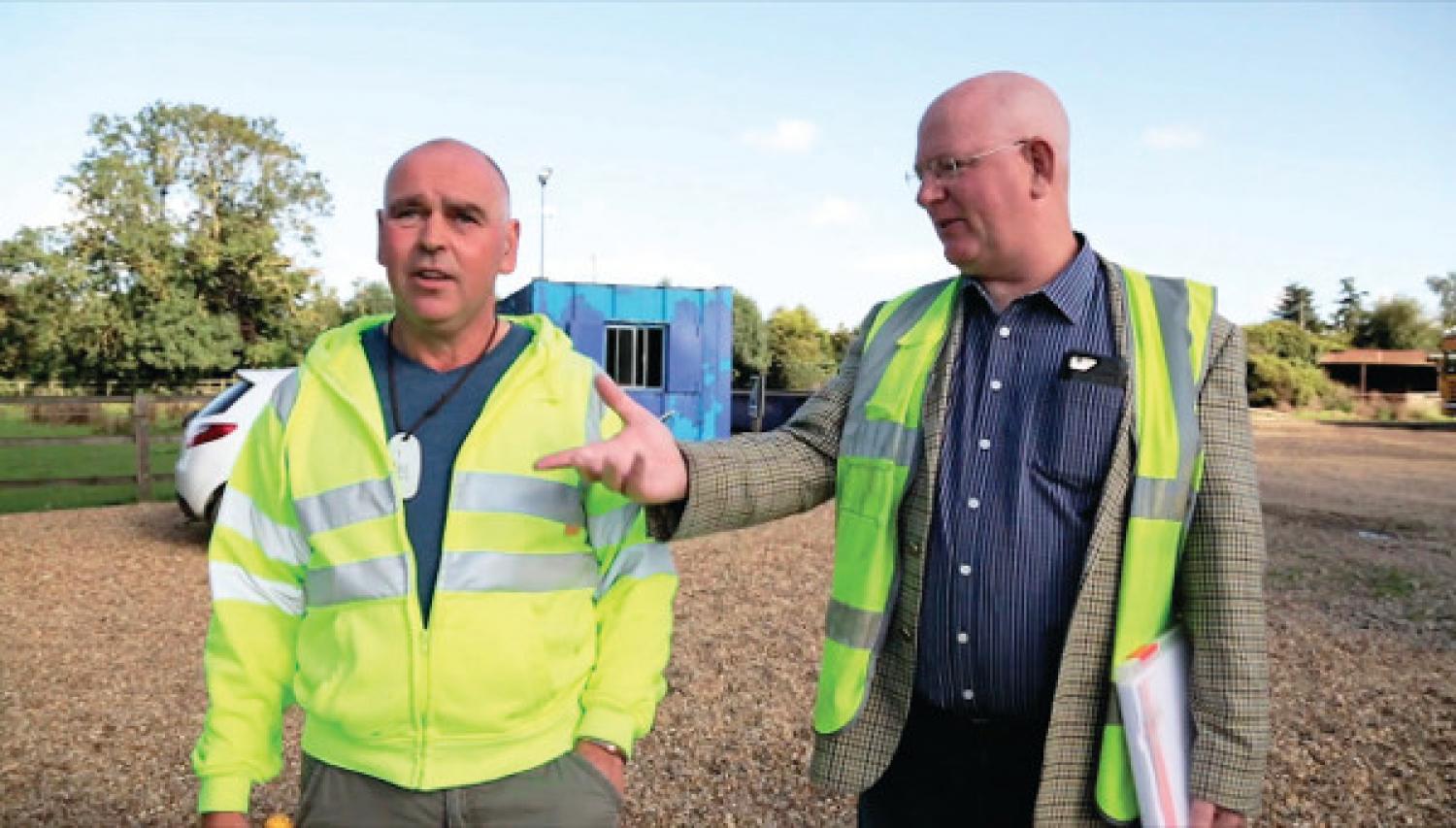 More than 30,000t of food waste, supplied by local vegetable growers, passes through the gate of beef finisher John Dale’s farm, near Wisbech, each year.

The waste food is used to finish 3,000 dairy-bred steers and to create electricity from a 500kW anaerobic digestion (AD) plant.

Digestate is also sold to local farmers in the form of fertiliser as an additional income source.

Mr Dale set up the waste feed lot and the BioCow renewable energy company in 2010 after he joined forces with business partner Derek Burgoyne.

The two men crossed paths when the farm was a customer of the food company Mr Burgoyne worked for.

“I had the site and the cattle required to generate feedstock for the AD plant and Derek had the access to residual food waste for the cattle to eat, as well as a strong commercial background,” Mr Dale explains.

The farm is situated in one of the UK’s most condensed vegetable-production areas and relationships have been forged with Fenland growers, who hand over outer leaves, misshapen produce, slivers and peelings, free of charge.

About 600t of residual food waste is supplied in an average week, ensuring a constant stream of fresh produce for the cattle, with feed costing just £10/t for haulage.

The Holstein-Friesian cattle are bought in aged between nine and 18 months from various suppliers across the South.

“They’re all finished outdoors in holding pens bedded with straw and are fed on a diet of waste fruit and vegetables,” he explains.

The farm achieves growth rates of 1.4kg/day from the waste food and achieves weights of 300kg deadweight at Grade O+3 from the dairy-bred stock.

All cattle are sold to a large supermarket chain. 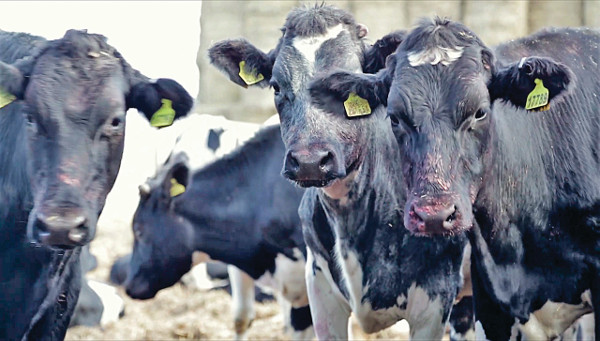 The ration is usually made up wholly of residual food waste. Occasionally diets are supplemented with maize or silage grown on the farm, but these are normally surplus to requirements and sold on for premium prices.

Mr Dale admits ration formulation is “not an exact science” and certain products give better growth and definition than others.

“We never put more than 10% of any one product in the varied mix and aim to even out the ration to keep both continuity and level growth throughout the cattle’s time with us,” he says.

None of the farm’s home-grown silage crops is used in the AD plant. Instead, manure from the feed lots forms the primary supply for the plant.

“We use about 40t of manure, bedding and any leftover food waste to fuel the plant every day,” Mr Dale says.

“This means there are no direct input costs involved where plant feedstock is concerned,” he adds.

Mr Burgoyne explains the AD plant generates 4,380,000kW of energy annually at a Feed-in Tariffs rate of 14.5p/kWh in a contract agreed in 2010, before successive cuts to government funding.

However, the heat created is not exported, as the Renewable Heat Incentive was not available when the plant was built.

Setting up the plant was a time-consuming and daunting process, according to Mr Burgoyne, who chose Privilege Finance to help fund the £3m project.

“It took us just over a year to get the plant up and running, but just four years later, we’ve already paid off more than half of the seven-year investment,” Mr Burgoyne says.

However, he acknowledges the situation is different in 2017.

“The difference now is the necessary investment is quite substantial and with the government incentives drying up, there is less appetite for AD,” he says.

But he suggests there are other benefits, such as digestate production to provide cheap fertiliser.

The AD plant generates 28,000cu m of digestate every year. Some is used on the silage and maize crops, but a significant amount is sold to neighbouring farmers, as it is roughly one-third cheaper than compound fertiliser.

“This provides a great source of additional income for the farm business and creates a revenue stream from something that would typically have little economic value,” Mr Burgoyne says.

“One of our biggest customers has stopped all other fertilising activities completely in favour of the digestate and others have seen a massive initial improvement in crop production,” he adds.

The only disadvantage, he concedes, is the digestate use is not targeted, and therefore serves as a blank covering rather than a precise application. 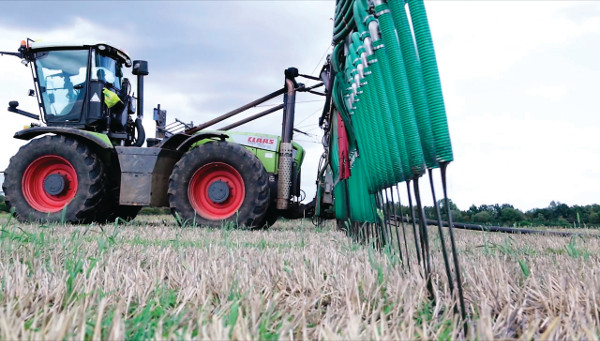 Leadership: Insights from Helen McGeough, Senior Analyst at ICIS
Achieving the unprecedented: Modelling diffusion pathways for ambitious climate policy targets
Technologies for the production of renewable natural gas from organic wastes and their opportunities in existing Canadian pipelines
A perspective on the human dimensions of a transition to net-zero energy systems
Nexus between economic growth, energy use, urbanization, agricultural productivity, and carbon dioxide emissions: New insights from Bangladesh