Economic costs of dementia in 11 countries in Europe: Estimates from nationally representative cohorts of a panel study 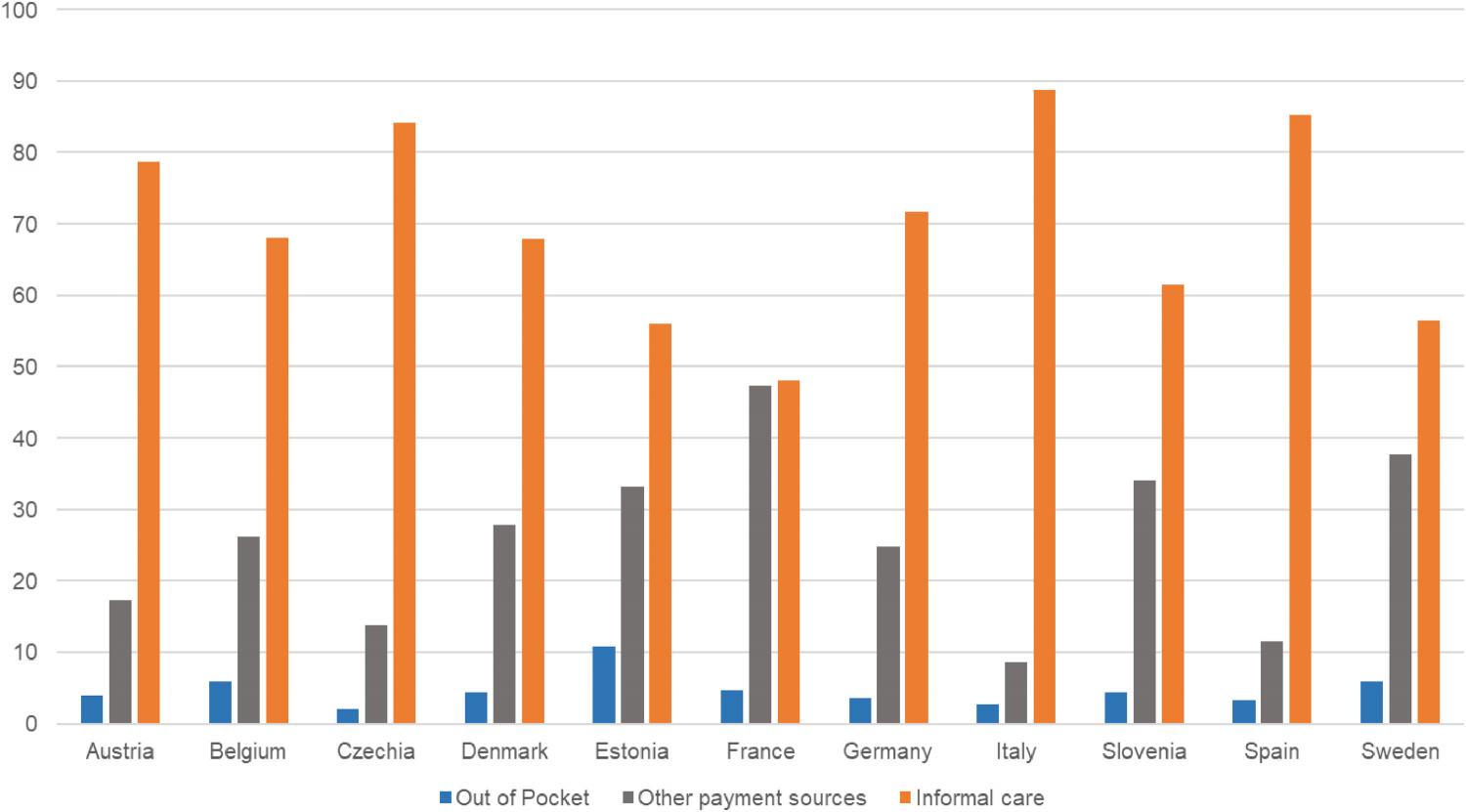 Background: With population aging, the economic burden of dementia is growing in Europe. Understanding the economic costs of dementia provides an important basis for prioritization in public health policy and resource allocation. Methods: We calculate the economic costs of dementia, including both direct medical and social care costs and indirect costs of informal care, for 11 countries in Europe. Costs are estimated using population-representative data from the Survey of Health, Ageing, and Retirement in Europe from 2004 to 2017, supplemented with external information about wages of care workers, dementia prevalence, and fraction of direct costs paid by other sources. We report overall costs for persons, both living and deceased with dementia and also isolate the costs attributable to dementia by estimating regression models that relate a given cost component to dementia while controlling for coexisting conditions and demographics. We make the monetary data comparable by adjusting for inflation and Purchasing Power Parity to 2018 euros. Findings: Average annual direct out of pocket costs that can be attributed to dementia vary between EUR 253(95% CI: -17 to 522) and EUR 859 (95% CI: -587 to 2306) across countries, but are not statistically significant after adjustment for multiple testing. Average annual hours of informal care that can be attributed to dementia vary between 163 (95% CI: 27–299) and 1051 (95% CI: 15–2086) annual hours across countries, and are statistically significant in all countries before adjustment for multiple testing, and in seven out of 11 countries after this adjustment. Combining these estimates with external wage information in each country implies a burden between EUR 2687.4 (95% CI: 704.5 to 4670.3) and EUR 15,468 (95% CI: 8088.1 to 22,847.9) per individual with dementia per year depending on the country. When combined with external estimates of the fraction of direct costs covered by other payment sources (insurance, government) and numbers of individuals with dementia, estimates of the total costs of dementia at the country level vary from EUR 162.9 million (95% CI: 56.3 to 269.5) in Estonia to EUR 32,606.9 (95% CI: 13,893.9 to 51,319.9) in Germany. Informal care costs account for the largest proportion of costs attributable to dementia in all European countries, varying between about 50% and about 90%. Interpretation: The economic burden of dementia on families in terms of direct out-of-pocket and informal care costs varies greatly by country, depending on the health and social care systems. Informal care costs accounts for the largest proportion of costs, requiring policy attention to dementia care provision and costs. Funding: This project is funded by the National Institute on Aging, National Institutes of Health, USA (R01 AG030153).