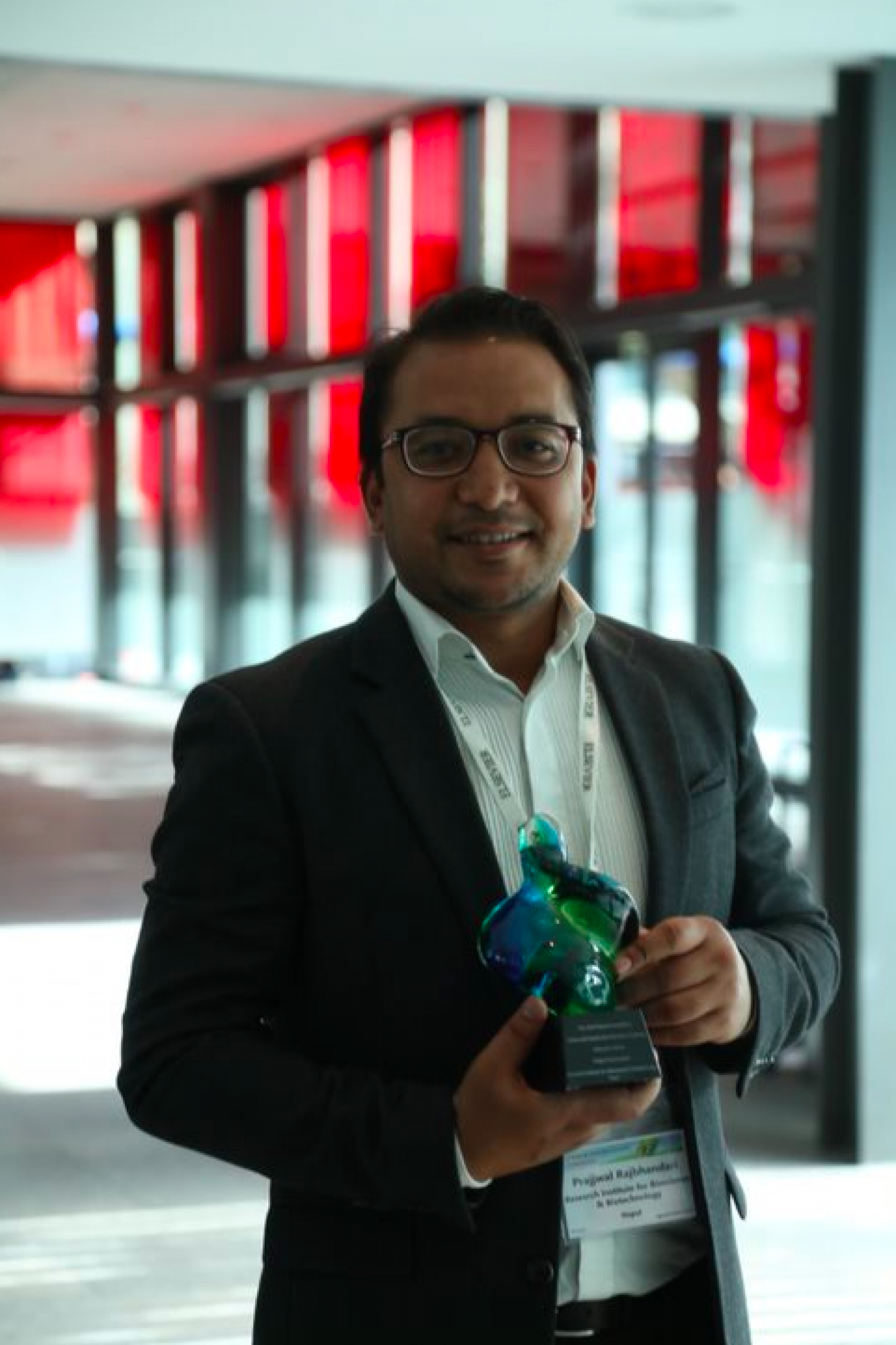 In 2018, Dr. Prajwal Rajbhandari was awarded the first prize of the Green Chemistry Sustainable Challenge of EUR €50,000 for his project, “Guava leaves as natural preservatives for farmers of Nepal.” Due to a lack of viable non-toxic preservatives, or cold chain technologies, one-third of Nepal’s produce is spoiled before it reaches market each year. Dr. Rajbhandari’s project taps the antioxidant and antimicrobial properties of guava leaves to make a water-based, sprayable natural preservative.

“Using guava leaves as a natural preservative replaces toxic chemicals and can be easily implemented at a local level involving local people; directly allowing for the safe transport of fruits to the local market without any residues being dangerous for the consumer and the farmers,” noted Dr. Küemmerer (add titles).

“Winning the Challenge is more than I could dream of. I can now scale up the project, and work with local teams to turn it into a success.” said Prajwal Rajbhandari.

Two years later, we interviewed Dr. Rajbhandari about his experience as a winner, as well as the upcoming steps for his project.

Sustainability and the chemicals industry - the risk in delaying the inevitable
Leadership: Insights from Helen McGeough, Senior Analyst at ICIS
Impacts of climate change mitigation on agriculture water use: A provincial analysis in China
Global pattern and change of cropland soil organic carbon during 1901-2010: Roles of climate, atmospheric chemistry, land use and management
Spatiotemporal dynamics of ecosystem fires and biomass burning-induced carbon emissions in China over the past two decades