Meat consumption: Which are the current global risks? A review of recent (2010–2020) evidences 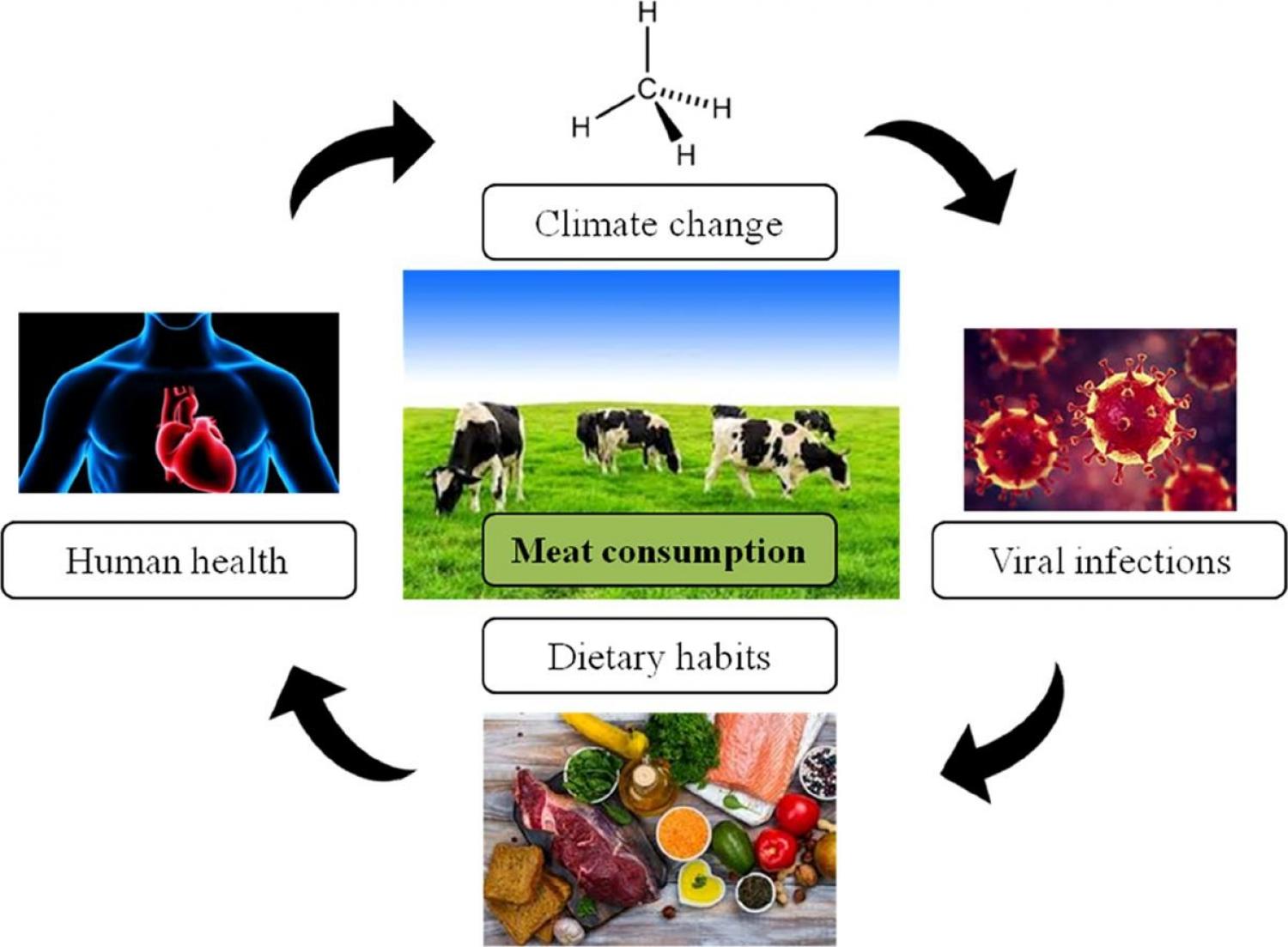 Meat consumption has been increasing since the 1960s, but especially from the 1980s decade to today. Although meat means an important source of nutrients, it is also evident that a great consumption of this source of proteins has also a negative environmental impact. Livestock production does not only have a negative influence on GHG emissions, but also on the water footprint, water pollution, and water scarcity. With respect to human health, in 2015 the International Agency for Research on Cancer (IARC) stated that red meat was a probable carcinogen to humans (Group 2A), while consumption of processed meat was carcinogenic to humans (Group 1). Most environmental contaminants (PCDD/Fs, PCBs, PBDEs, PCNs, etc.) that are frequently found in meats are highly soluble in fats. Therefore, avoiding ingesting fats from red meats and meat products, doubtless would help in the prevention, not only of the well-known cardiovascular diseases derived of fats consumption, but also of certain kinds of cancers, mainly colorectal cancer. On the other hand, consumption of meat – especially wild meat – is related to virus infections, as many viruses have been found in wild meat trade markets. Based on the scientific literature here reviewed, we have noted that the results of the investigations conducted after the statement of the IARC, have corroborated the recommendation of reducing significantly the consumption of red meats and meat products. In turn, the reduction of meat consumption should contribute to the reduction of GHG emissions and their considerable impact on global warming and climate change. It seems evident that human dietary habits regarding meat consumption in general, and red meats and wild meats in particular, should be significantly modified downward, as much and as soon as possible.