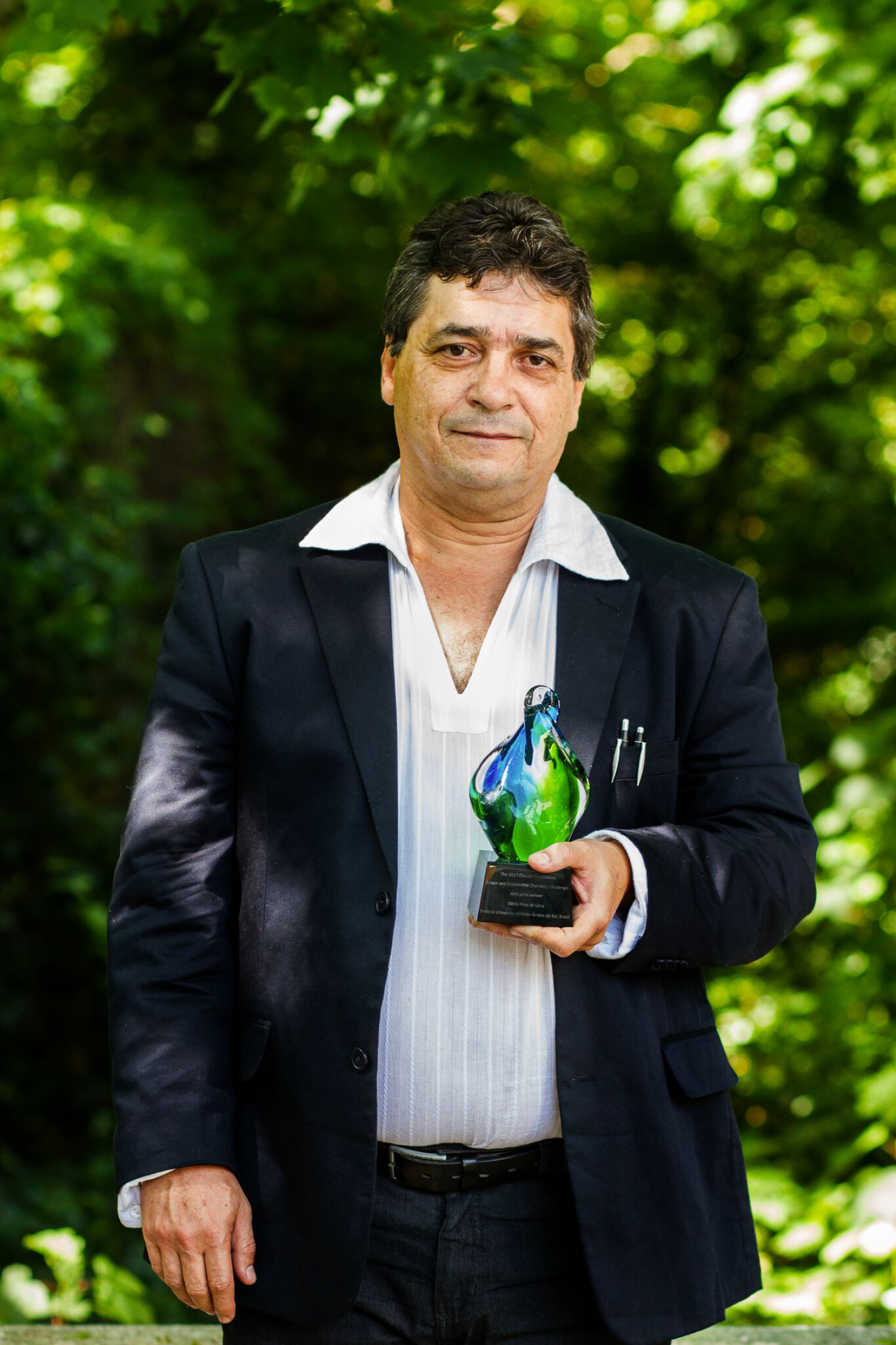 In 2017, Dr. Dênis Pires de Lima from the Federal University of Mato Grosso do Sul, Brazil, was awarded the first prize of € 50,000 for his project “From Cashews to castor oil, combating mosquito-borne diseases.” Dr. Pires de Lima and his team’s project promoted the use of natural waste from locally sourced cashew nuts and castor oil, to produce environmentally friendly insecticides against mosquitoes carrying Zika and Dengue fever — a sustainable alternative to conventional, substantially toxic insecticides.

“The problem of diseases carried by mosquitoes is a result of an ecological imbalance in Brazil and many times the best solution will come from nature itself. My prize will provide visibility to a simple and scaleable project which help improve the quality of life for millions of people in Brazil fighting zika,” said Dr. Pires de Lima at the award ceremony.

“Re-using waste from the cashew nut industry, as in Dr. Pires de Lima’s project, is a brilliant example of broad applicability as waste management is an issue in the vast majority of fields. It’s its applicability in different contexts, and the potential to benefit society in its entirety, that makes the project so important. It set an example for other developing as well as developed countries on how to approach local problems, and still propose global solutions,” said Professor Dr. Klaus Kuemmerer from Leuphana University Lueneburg, chair of the challenge’s scientific jury.

Three years later, we interviewed Dr. about his experience as a winner of the Green Sustainable Chemistry Challenge, as well as the upcoming steps for his winning project.