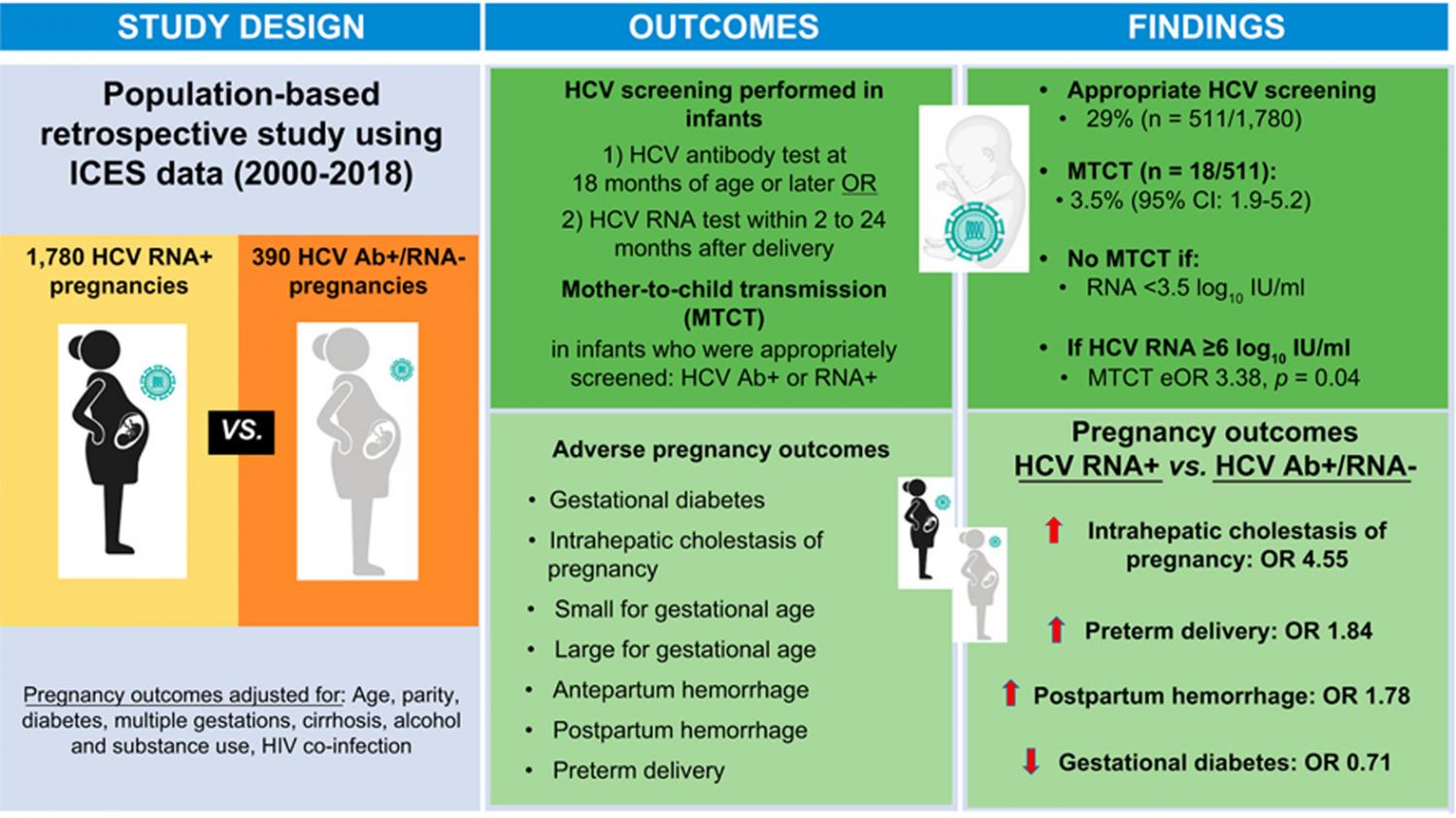 With the World Health Organization plan for hepatitis C elimination by the year 2030, and recent guideline recommendations to screen all women during pregnancy for HCV, data on HCV in pregnancy are needed to determine the association of HCV viremia with adverse pregnancy outcomes and mother-to-child transmission (MTCT).

This retrospective cohort study was performed in Ontario, Canada, using population-based administrative healthcare data. Individuals were stratified based on whether they had active HCV viremia during pregnancy or resolved viremia at time of pregnancy. Peak HCV viral load was determined. Logistic regression was used to determine the association of viremia with adverse pregnancy outcomes; maternal HCV RNA levels were evaluated as a predictor of MTCT.